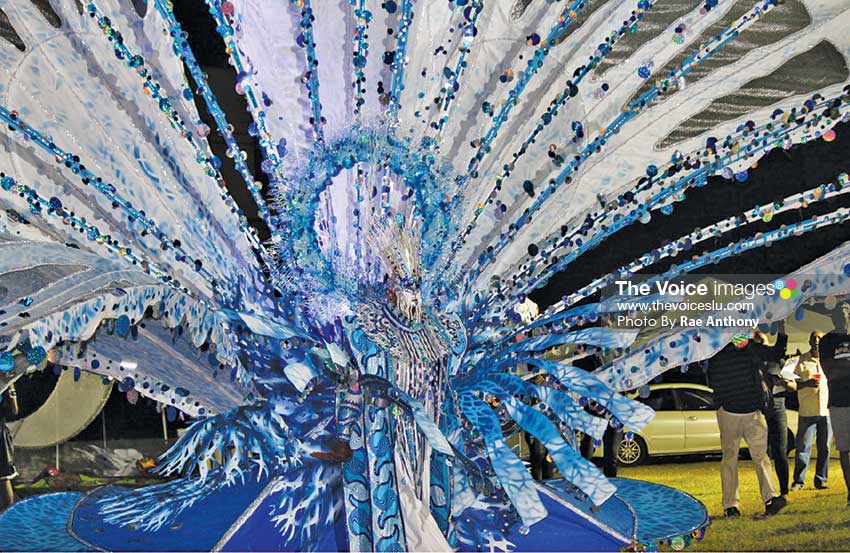 Notwithstanding the announcement by the Department of Labour that carnival Monday and Tuesday are not public holidays, organizers of the event say all is set for the spectacle which has attracted 15 bands this year.

“We are ready, we are prepared,” said Leila Williams of Events Saint Lucia, organizers of the event.

Also prepared for the thousands of revellers, patrons, and busybodies who will throng the streets of the commercial sector of Castries Central on these two days are the men and women of the Royal Saint Lucia Police Force.

Elvis Thomas, Assistant Superintendent of Police (acting) made it clear that among the many duties of members of the police force on these two days, managing traffic flow and ensuring the event runs smoothly and the maintenance of law and order would be paramount.

“The intention of the police during these activities would be to maintain law and order, ensure the safety of performers, revellers and other persons,” Thomas said.

He added that a number of agencies would be supporting the police in the execution of their security and traffic management plans for Monday and Tuesday.

“All precautionary measures will be taken to avoid any disruption of the event from both internal and external sources,” Thomas said.

He noted that the security and traffic management plans were designed to deal with any security related challenges, reminding that the Royal Saint Lucia Police Force’s operational policy is based on its stated mission to provide a professional policing service in partnership with all communities to create a safer environment for everyone in Saint Lucia.

Deputy Commissioner of Police (acting) Dorian O’Brian will have overall command of policing arrangements for the Parade of the Bands with Assistant Commissioner (acting) Sylvia Desir being second in command.

The reason for the route change is to avoid the chaos that exists on the lower part of the John Compton Highway whenever ascending and descending bands meet.

The carnival fever will be heightened tonight with Calypso finals at the SAB Playing Field where the reigning calypso monarch T.C. Brown will battle nine contenders in the persons of Ambrose – The Juice Man, Chocolate, Educator, Minell, Ready, Taker, Teddy Boy, TiCarro and Walleigh.

Tonight’s event will be quite an eye-opener for Taker, Teddy Boy, Ambrose -The Juice Man and Chocolate, all first timers on the biggest stage in calypso. However, they are all experienced performers of the art form and are expected to pose a serious threat to the reigning monarch.

The others are not strangers to the last calypso competition of the season, the Calypso Finals. All, at one time or another, have shown an ability to captivate the judges. Some, like Walleigh and Minell, are multiple holders of the calypso monarch title.

Come Monday and Tuesday it will be pumping rhythms, sexy costumes and a riot of colours on the streets of downtown Castries as the bands parade showing off artistry, creativity, originality, imagination and inventiveness in their portrayals of various themes in the hopes of capturing the envious title of Carnival Band of the Year.

The Parade of Bands begins at 10a.m and ends at 7p.m., Monday. On Tuesday the parade begins at midday and also ends at 7 p.m.