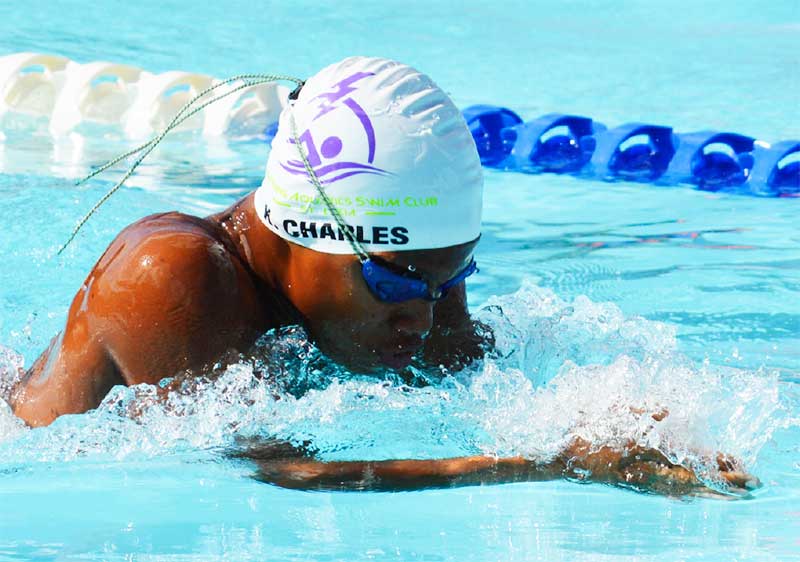 The Saint Lucia Aquatics Federation (SLAF) has selected a 10-member team to participate in the 2019 Central American and Caribbean Amateur Swimming Confederation (CCCAN) Championships, to be held at the Barbados Aquatic Center (BAC) from June 24th to July 8th.

The swimming portion of the meet runs from June 28th to July 2nd.

The team includes seven male and three female swimmers along with one coach, a team manager and one chaperone/masseuse.

Nine of the swimmers participated in this year’s CARIFTA Swim Championship which was held in Barbados; missing in action is CaitinPolius (Seajays).

Teams from all across the Caribbean and Central America will compete at the meet. These include swimming powerhouses such as Trinidad and Tobago the defending champions, Aruba, Panama, Jamaica, El Salvador and the Cayman Islands.

According to the SLAF, before the team travels to Barbados, members will participate in an intense preparation schedule, including a training session in Martinique. Additionally, they will be engaged with mental training and nutritional exercises.

President Eddie Hazell congratulated the swimmers for making the team. Hazell said, “Coming out of CARIFTA, I expect the team’s performance to be impressive. With the assistance of the competitors and coaches, as well as support from the executive and parents, we all continue to work towards unleashing the greatness in our athletes especially at that level of competition.”

Saint Lucia has previously competed at this high-level swim championship and has been consistent in achieving medals at each meet; in 2014 one medal, 2015 ten medals, 2016 three medals, 2017 two medals and 2018 two medals.