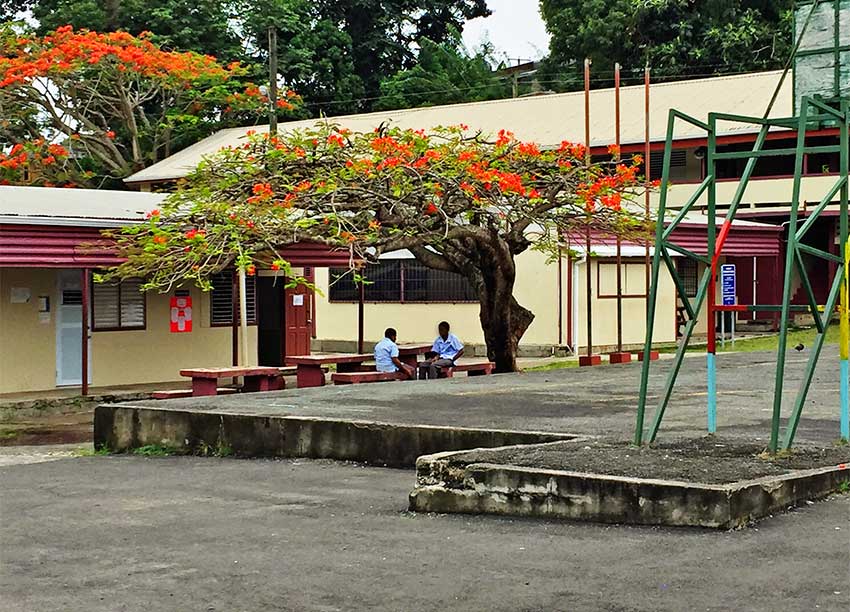 It has been more than two weeks since the shooting death of 17-year-old Arnold Joseph and still, no official word from the relevant authorities regarding his demise. Arnold Joseph was a fifth form student of the Entrepot Secondary School at the time of his unfortunate encounter with police, which tragically claimed his life.

Various members of the public are asking questions relating to this incident which occurred on the night of May 22nd. Arnold Joseph, who was not legally an adult, was in the company of two adults at the time of his death. The identities of these persons had since the incident been kept confidential for unknown reasons. However, it has been discovered that 38-year-old Glen Gabriel, the driver of the vehicle upon which Arnold was onboard, was subsequently charged for breaking various traffic regulations.

The other male onboard the vehicle, whose identity has not been publicised and is alleged to have been a teacher of the Entrepot Secondary School, is not known to have been charged for any offense. In a press release by police regarding the incident of May 22nd, it was reported that a 9mm pistol was recovered from the Mitsubishi lancer which Arnold Joseph, Glen Gabriel and the anonymous male occupied at the time. So far there has been no mention of a firearm charge.

The Ministry of Youth Development refuses to comment on the youth whose life was claimed by a police shooting. Word from the Ministry is that they will not go on record to make any statement in relation to the incident which claimed the life of a student. The Principal and Staff of the Entrepot Secondary School also refuse to comment on the life of the student who was nourished under their supervision for five years. The reaction from staff at the Entrepot Secondary School to the mention of the name ‘Arnold Joseph’ gave the impression that the name was taboo. Arthur Scott, the Principal of the Entrepot Secondary School claimed that his reason for not commenting on the life of Arnold Joseph was “out of respect to his family.” The principal even declined when asked whether he would like to offer a word of condolences to the family of Arnold Joseph. The meeting with the principal was so brief that there was no time to ask whether the school had had a moment of silence for the passing of the student.

Whereas various organisations are silent on the subject, certain students have in fact spoken very well of Arnold. One student in particular remarked that Arnold knew just how to ‘cheer you up’.

It is uncertain whether the various organisations are silent about the matter by their own volition or whether they are compelled to do so by a higher authority. Members of the public who are demanding answers may just have to sit back and watch how the story unfolds.