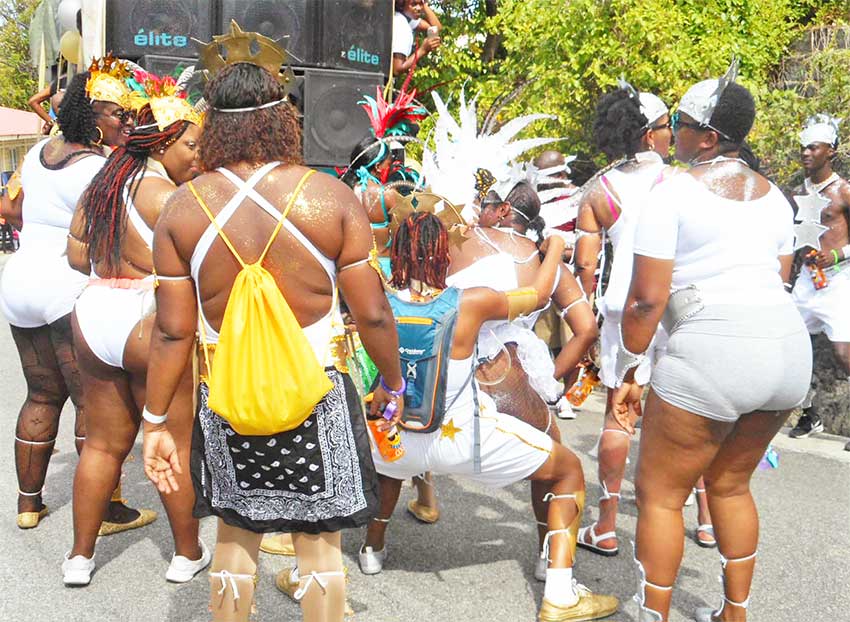 There are quite a number of people who denounce Carnival because of its pagan origins. We must note however, that a lot of the things which we label as ‘Pagan’ today are only considered so out of hindsight; for there was a time when some of these very things were part of the major world religions. As the practices of old religions decline through time and change, to a state of insignificance, the religions, though they were official state religions in their prime, are classified as ‘pagan’ by the other religions which have grown to dominance.

Carnival, which is dear to the hearts of many Saint Lucians, is one celebration that is criticised for its historical meanings. The critics, however, will have to numb the sound of drums and steel pan music before they can have any effect on revellers. Whatever might have been the ancient Egyptian meanings of Carnival or the medieval meanings of Carne Vale (farewell to flesh), what matters more today is the modern West Indian interpretation of the festival from the revellers’ perspective.

During the reign of the West Indian Slave plantations, slaves were not allowed to partake in Carnival. The European slave traders brought Carnival to the Caribbean and excluded the Africans from the celebrations, which were then in the form of elegant masquerade balls. It was not until the emancipation of slavery that the Africans took to the streets in jubilation of their freedom. Drummers, Chantwelles and dancers all took to the streets to celebrate their freedom. The former slaves had transformed the festival and gave it a new meaning which marked the celebration of the end of slavery. The Africans introduced their own elements of music, song, costume, art and dance into the festival which would revolutionise its tone, texture and appearance, for the years to come.

We all know what the slaves looked like during the time of slavery. Their chests, breasts and buttocks were constantly exposed, so there is little doubt that the Africans were comfortable with each other’s nudity and semi-nakedness. They celebrated as they were and indeed, freedom meant more to the African than the European sense of modesty. Nowadays, the critics of Carnival consider the exposure of skin to be an act of vulgarity. The cause for the nervousness and discomfort at the sight of men and women in costume is not widely known however.

Regardless of all the criticisms, Carnival is a celebration for those who embrace the liberty to celebrate it in a manner which gives them pleasure. Carnival is a celebration of freedom and liberty. The Carnival reveller has no interest in the ancient Egyptian connotation of Carnival. They are not interested in celebrating Carnival to drive out winter spirits, in the same way that we do not embrace Christmas as a celebration of the winter solstice. What matters most is what the celebrations mean to us, and not what they might have meant to ancient people who are not even around anymore to enjoy them. With that said… Vive La Carnival!