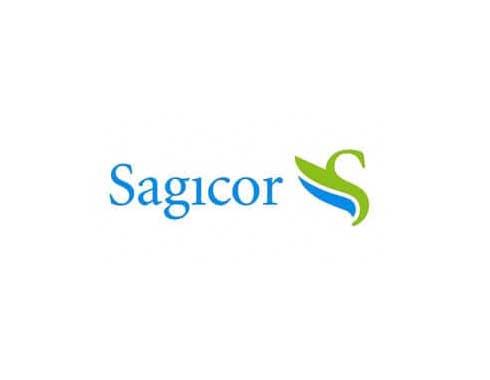 Sagicor Financial Corporation Limited (“Sagicor”) announced yesterday ( May 16) that Alignvest Acquisition II Corporation (TSX: AQY.A, AQY.WT) (“AQY”) has entered into a subscription agreement (“Subscription Agreement”) with JMMB Group Limited (“JMMB”) in respect of a subscription for AQY Class B shares (which will be converted on the closing of its qualifying acquisition into AQY common shares on a one for one basis). The proposed issuance will be of the greater of: (i) an amount between US$200,000,000 and US$250,000,000 (as determined by AQY and JMMB prior to the closing of AQY’s qualifying acquisition) worth of Class B shares, and (ii) such number of Class B shares which will result in JMMB holding twenty percent (20%) of all issued and outstanding common shares of the Company after giving effect to the qualifying acquisition (the “New Subscription”). The issue price is C$10.00 per Class B share. The proceeds received by AQY from the New Subscription are intended to be used in connection with the previously announced proposed transaction (the “Transaction”) involving AQY and Sagicor. The closing of the New Subscription is conditional on the completion of the Transaction and the approval of the Toronto Stock Exchange.

JMMB is a leading Jamaican broker-dealer with operations in Trinidad and Tobago and the Dominican Republic. They are deeply familiar with the Caribbean financial services market in general, and with Sagicor, in particular. It is expected that JMMB will be a long-term investor in New Sagicor.

As part of the New Subscription, and upon completion of the Transaction, subject to the maintenance of minimum share ownership in the resulting company (“New Sagicor”), JMMB will have the right to nominate up to two eligible and qualified directors to serve on the board of directors of New Sagicor (the “New Sagicor Board”) which would increase the size of the board to fourteen directors. Those nominees are initially expected to be Keith Duncan, the CEO of JMMB, and Archibald Campbell, the chairman of the board of directors of JMMB.

a significant vote of confidence in the strategic direction of Sagicor, and a strong conviction of our ability to continue to grow the company while delivering attractive returns to shareholders.”

In hailing the success of the Transaction, JMMB Group CEO, Keith Duncan, said “We are excited about the prospects of what this stake in AQY will present for JMMB.” He continued, “As a pioneering financial institution, we are always seeking out opportunities that will add value to our stakeholders. In that vein, we are confident that having such a stake in a regional market leader, will auger well for the future growth and financial performance of the JMMB Group.”

Sagicor re-affirms that the scheme meeting of Sagicor shareholders will be held on June 4, 2019 at 3:30
p.m. (Barbados time).

Sagicor is a leading financial services provider in the Caribbean, with over 175-years of history, and has a growing presence as a provider of life insurance products in the United States. Sagicor offers a wide range of products and services, including life, health, and general insurance, banking, pensions, annuities, and real estate. Sagicor’s registered office is located at Clarendon House, 2 Church Street, Hamilton, HM 11, Bermuda with its principal office located at Cecil F De Caires Building, Wildey, St. Michael, Barbados.

Certain information contained in this news release may be forward-looking statements within the meaning of applicable securities laws. Forward-looking statements are often, but not always identified by the use of words such as “expect”, “anticipate”, “believe”, “foresee”, “could”, “estimate”, “goal”, “intend”, “plan”, “seek”, “will”, “may” and “should” and similar expressions or words suggesting future outcomes. This news release includes forward-looking information and statements pertaining to, among other things, the Transaction, the New Subscription, the holdings of meetings and the completion of the Transaction and the transactions contemplated in the Subscription Agreement and certain timing matters.

Readers are cautioned not to place undue reliance on any forward-looking statements, which reflect Sagicor’s expectations only as of the date of this document. Sagicor disclaims any obligation to update or revise any forward looking statements, whether as a result of new information, future events or otherwise, except as expressly required by law. This press release does not constitute an offer to sell or a solicitation of an offer to buy any securities.