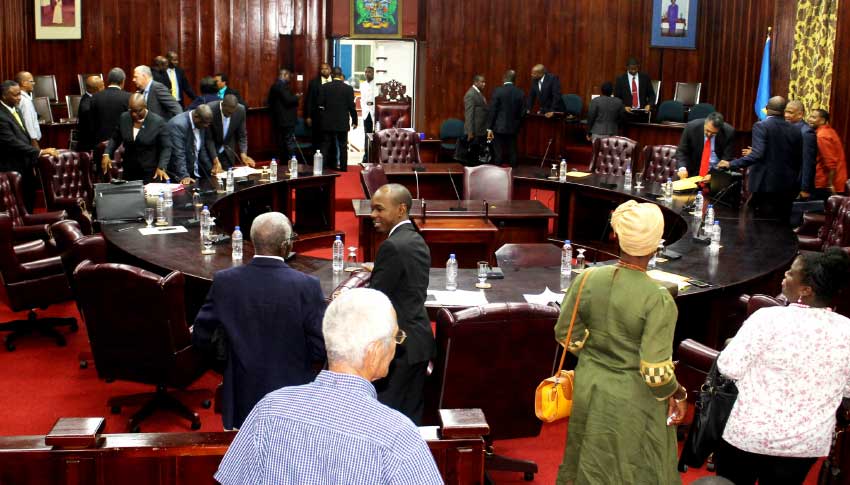 Budget season has arrived! Parliamentarians from both the government and opposition side of Parliament will today debate the Estimates of Expenditure for the financial year 2019/2020 in the sum of $1,519,589,000.

The throne Speech was read by Governor General Sir Neville Cenac on Tuesday while the Standing Finance Committee met yesterday afternoon to review the Estimates of Revenue and Expenditure for the 2019/2020 financial year.

Prime Minister Allen Chastanet presented a Motion at yesterday’s Sitting of the House of Assembly calling on the House to adopt the Report of the Standing Finance Committee on the Estimates of Expenditure for the financial year 2019/2020 in the sum of $1,519,589,000.

While debate on that Motion begins today, the Prime Minister, on presenting it yesterday said that the allocation for retired benefits and contributions to the National Insurance Corporation had been programmed at $101.5 million up by $1.8 million compared to revised estimates of 2018/2019 financial year.

He said the Sinking Fund is to be beefed up by $12 million to liquidate maturing debt instruments. This, the Prime Minister said would bring the amount in the Sinking Fund up to $33 million by the end of next year.

The Prime Minister said that debt service projections represent an increase of $13.4 million relative to the 2018/2019 revised estimates further that principal repayment and Sinking Fund contributions are forecasted to increase by $9.54 million.

He said that that of the $130.96 million allocated for principal repayments. $83.1 million is for externally contracted debt.

In respect of transfer payments, the government is proposing to allocate a sum of $178.2 million representing a reduction of 1.6 percent or $3 million below the revised estimates for 2018/2019.

The Prime Minister said that the number of one-off payments to statutory organizations and medical assistance to individuals has been excluded from this year’s budget, however, an additional sum of $2 million have been allocated to the creative industries.

Chastanet noted that a contingency provision of $10 million had been included in the budget to cater for unforeseen and urgent expenditures. He said that capital expenditure constituted $246.7 million.