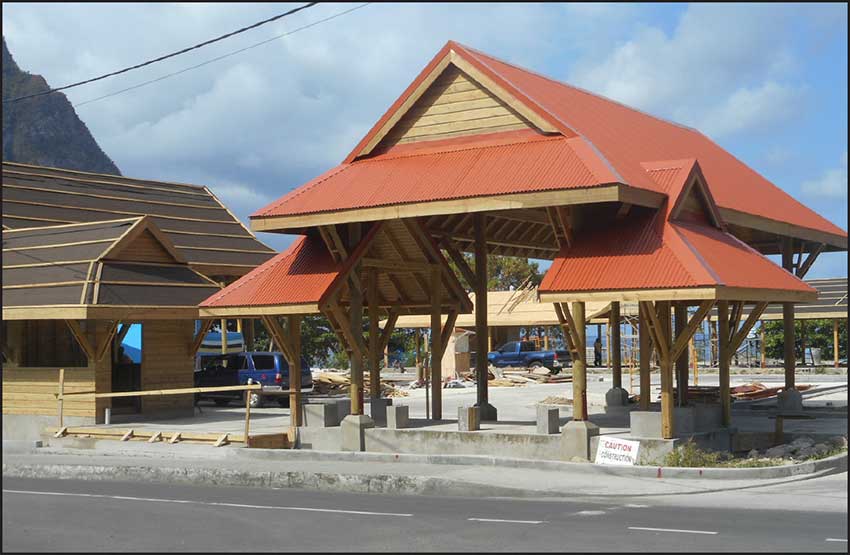 Minibus drivers who ply various routes in and out of Soufriere are concerned that the bus terminal which is currently under construction in the town may not be of much benefit to them, due to its location.

They say their concerns stem from the fact that a number of “pirates” ply their routes without route permits on a daily basis.

According to the concerned minibus drivers, they are feeling the effects of the problem deep down in their pockets, and are now calling on the police to put an end to it before it spirals out of control.

The bus terminal, which will be located at the Old Trafford Complex on Bridge Street, will also house a farmers market, which according to government officials, will alleviate the congestion that currently exists on the main streets of Soufriere where street vendors currently ply their wares. The bus terminal is expected to be completed in a few months time.

The bus stands in Soufriere are currently located about 200 metres from where the bus terminal is being constructed.

Ewan Raphael, a minibus driver said that when the bus terminal is completed, he expects pirates to take full control of their routes.

“They will be plying our routes all day long and we will be unable to do anything about it,” Raphael told this reporter.

Justin Fulgence, a minibus driver who plies the Soufriere / Fond St. Jacques route, said the commuters will not bother to go all the way to the bus terminal to get a bus to take them to their homes because they can easily get one in any part of the town.

“The pirates are killing us…There are too many pirates on our route,” Fulgence lamented.

Graham Cazaubon said: “The only way the pirates will stop breaking the law is if the police enforce the law but it is not happening.”

Drivers who ply the Soufriere/ Vieux Fort route say the situation will only frustrate them and make a bad situation worst.

The minibus drivers are also concerned that the bus terminal will not accommodate all the buses on the various bus stands in Soufriere.

The existence of pirates all over the island has been a major concern for minibus drivers who have tried their best to deal with the problem by seeking the intervention of the Ministry of Transport and the National Council on Public Transportation (NCOPT), but to no avail.