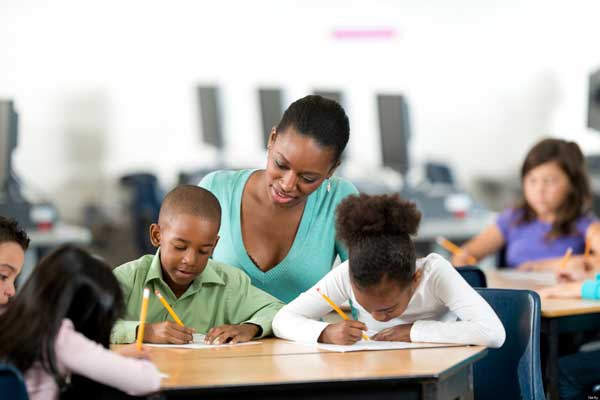 IF there’s any point where we recognize the importance of teachers to society, it is during Christmas and summer vacation, and during an unexpected strike. Parents this week were reminded of the latter – striking teachers’ meant that an unexpected ‘Bring Your Children to Work Week’ was in order. Parents all over the country faced with no immediate child care options resorted this week to lugging their children to work along with them, some even getting them down to work to keep them occupied as government and teachers went back and forth with demands and ultimatums.

The last few days were ideal for employees wishing to test out (though inadvertently) just how child friendly their work places were – from Subway restaurants in the city, to government offices right down to landscaping and gardening gigs, children were kept busy. As parents worked and kept a close eye on their little ones, the concern for most revolved around just how long students would be out of school. This question was even more pressing for students preparing for examinations of all kinds.

On Monday, schools remained closed due to a meeting held with teachers and the Saint Lucia Teachers Union. Concerns at that time revolved largely around an announcement by the Ministry of Education to put an end to corporal punishment in schools. Though no official announcement was made on Tuesday or Wednesday, the majority of parents chose to leave their children at home, with some schools seeing limited attendance by students and teachers as negotiations persisted.

With an ultimatum set for today to return to the table with the Government Negotiating Team, it is left to be seen what the next few days will bring – this week of course saw industrial action in several other factions including local fire fighters and workers under the Civil Service Association. As the pressure continues to mount, it is clear that a return to normalcy depends fully on a timely, and successfully executed meeting with the Government Negotiating Team responding in a comprehensive way to the diverse demands of all involved. The real solution revolves around all parties being able to meet at a point of compromise, which feels less like a halfway mark, and more like a carefully considered route of progress for all.