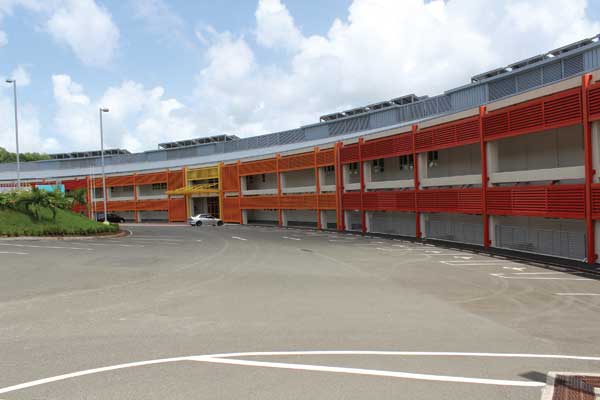 Opposition leader in parliament and political leader of the Saint Lucia Labour Party yesterday, Philip J. Pierre took his weekly press briefings up a notch, by holding it on the road directly above the Owen King European Union Hospital on the Millennium Highway.

Claiming that there is “unhealthy secrecy surrounding the hospital’s transition plans” Pierre asserted that his reason for hosting a press conference near the hospital was to show the public how an asset, given as a gift to the people of Saint Lucia, is being handled.

He said that his government, prior to the general elections in 2016 had formed a commissioning team, led by Dr. Stephen King, to get the hospital open.

“As we speak this hospital still isn’t open and the government is in the process of privatizing healthcare by handing it over to a foreign entity,” Pierre said.

The government is in the process of transitioning Victoria Hospital’s operations to the Owen King EU Hospital and according to reports that process will be handled by a foreign entity.

More in this weekend’s edition of The Voice.