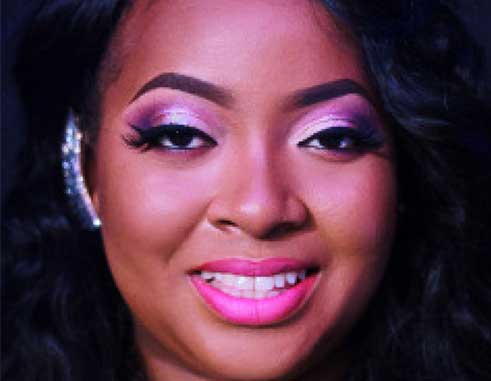 THE St. Lucia Independence Committee along with Mrs. Shirleyann Cyril Mayers, will be hosting a gospel Independence concert on Saturday, March 9th at Constitution Park in Castries, commencing at 4 p.m.

Nigela, one of the featured artistes for the concert, has just released a gospel-soca song, entitled, “Greater”.

Nigela, has also released a music video for “Greater”, which was launched in February 2019 and is on repeat on Trinidad’s television station, ACTN-The Voice.

Nigela St. Clair-Daniel, who was born and raised in St. Lucia, has spent the past few years in Trinidad, furthering her education.

Currently residing there, now a recent MBA graduate, she has been positively influenced by Trinidad’s rich culture,

Nigela has enjoyed great opportunities in St. Lucia in the gospel arena over the years, along with her gospel band, Divine Tone. Some opportunities include being able to share the stage with the likes of Donnie Mc Clurkin and Isaac Blackman (2007) and Helen Baylor (2005). She was able to infuse Rock with Reggae, Soca and Jazz to create new sounds but at that time did not have the opportunity to record some of her original work. One great opportunity, however, came through producer Semi ‘Werner’ Francis who made it possible for St. Lucian artistes to write songs to specific tracks. Through that avenue, Nigela released a song entitled “I’ll trust in You”, under the Militant for Christ CD compilation which also features songs from Emrand Henry.

In 2010, Nigela and Divine Tone represented St. Lucia at the annual Barbados Gospelfest, which attracts thousands of patrons, regionally. There, she shared the stage with huge gospel artistes Papa San and Kevin Downswell.

Taking a break from band-life in St. Lucia to further studies in Trinidad, Nigela continued to function as a worship leader in Trinidad and St. Lucia.

Continuing to pursue her passion for music in 2019, Nigela hopes to bring messages of hope, love and peace to the masses. She credits all her opportunities, not to her own capabilities, but to her Lord and Saviour, Jesus Christ.

Nigela’s music video for her new release ‘Greater’, which features real life- testimonies and cameo appearances by some of Trinidad’s most popular gospel artistes and Christian figureheads including Marc Isaacs, Shiselon, Superz, Vanessa Briggs, Soogie Muzik, Jamel Music and Christopher Periera, can also be enjoyed on YouTube under the handle, “Nigela- Greater”.