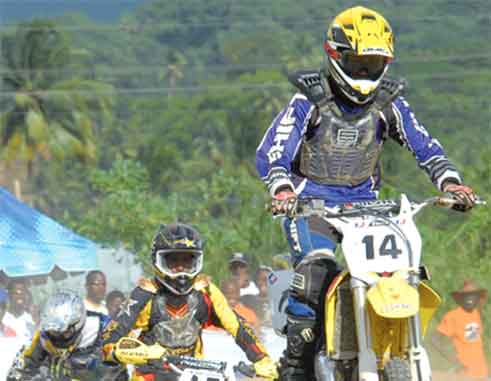 ALL in the spirit of celebrating Saint Lucia’s fortieth anniversary of Independence expect to see the St Lucia Moto X Club setting the city of Castries ablaze on February 22 with a special edition of Super Moto. This year’s event will be held between Bridge Street and the William Peter Boulevard. With support from the Mayor of Castries, His Worship Peterson Francis and Commissioner of Police Severin Monchery, the Moto X club promises Super Moto at its finest. A notable foreign act is expected on island for the event with fierce competitors from Martinique and Guadeloupe aiming to put on a show the island’s 40th Independence will long be remembered for.

On Friday February 22, the roaring stunt show will start on Bridge Street while the annual Independence Island Ride is set for Sunday, February 24 (from the William Peter Boulevard). The Moto X Club invites all to be part of the fun, and looks forward to support from the public for their Motocross Season which kicks off in March!