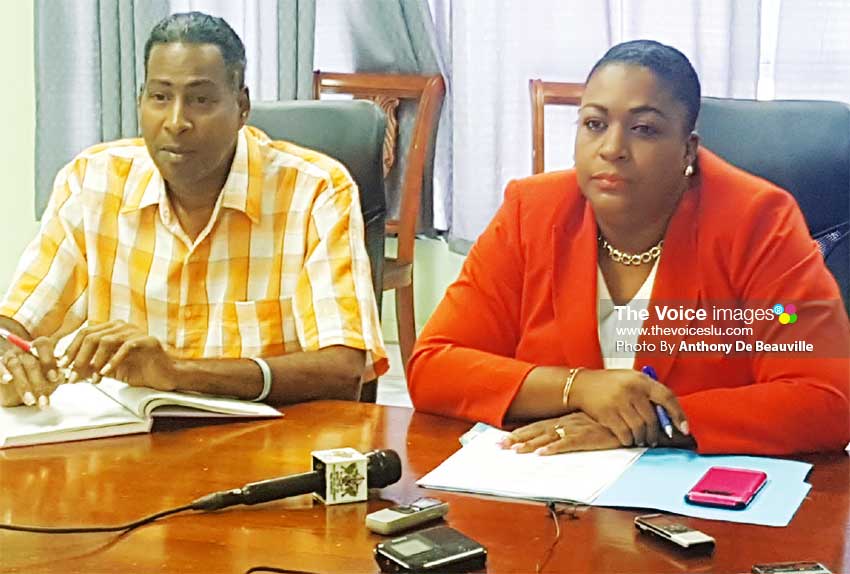 THE 39th edition of the annual National Sports Awards will take place on Saturday 16th February 2019 and for the second consecutive year running the event which is under the patronage of Governor General Sir Neville Cenac is slated for the Royalton Hotel in Cap Estate, Gros Islet.

That’s the word coming from the Ministry of Youth Development and Sports on the morning of Wednesday 30th January.

The final touch has not been finalized in terms of the various categories but one thing for certain the prestigious awards for junior and senior sportsman and sportswoman of the year, association of the year, coaches, administrators, team of the year, club of the year are just some of the awards up for grabs. In fact the final setting for the three hour showpiece will be announced on Wednesday 13th February by the Ministry of Youth Development and Sports in another press briefing with the media.

There will not be a feature speaker for the evening, but Sports Minister, Edmund Estaphane will deliver the main address and rest assured Estaphane will make mention of his government’s plans for the improvement of sports infrastructure in Saint Lucia, dubbed the “Lockerbie Master Plan”.

The word is out as the front runners for the top categories have been shortlisted from the list submitted to the Ministry as the dead line date of December 31st was met by 11 national sports federations according to the Deputy Permanent Secretary, Liota Charlemange – Mason.

These are the top 13 athletes after the pronouncement was made by the DPS, Liota Charlemange – Mason: (Junior Female) – Meggan Williams (Tennis), Katie Kyle Swimming (Swimming), Julian Alfred (Athletics). The three female athletes are currently studying overseas.

In terms of recognition Mason said, “Last year, the Ministry of Youth Development and Sports did not recognize the other athletes at the ceremony, but this year we are going to be presenting them with a token because its Saint Lucia 40th anniversary of Independence, it’s going to be a monetary token to all of the athletes who have made the short list and it’s the first time that every athlete will receive a monetary contribution.”

Interestingly seven out of the 13 shortlisted athletes for this year’s (2018/2019) made the cut last year (2017/2018) – Julien Alfred, Qiana Joseph, Katie Kyle, Kimani Melius, Jayhan Odlum- Smith, Lyndell Marcellin, Albert Reynolds, while Meggan William (Tennis) and D’Andre Calderon (Table Tennis) though being nominees were not considered; and Levern Spencer who did not make the list last year is back and is more than likely to win her 15th Sportswoman of the year title ahead of Qiana Joseph and Elisia Marquis.

Like last year, the various associations did not nominate the same athlete twice and according to the DPS if a junior athlete is nominated for the senior category, he or she cannot return to the junior category.