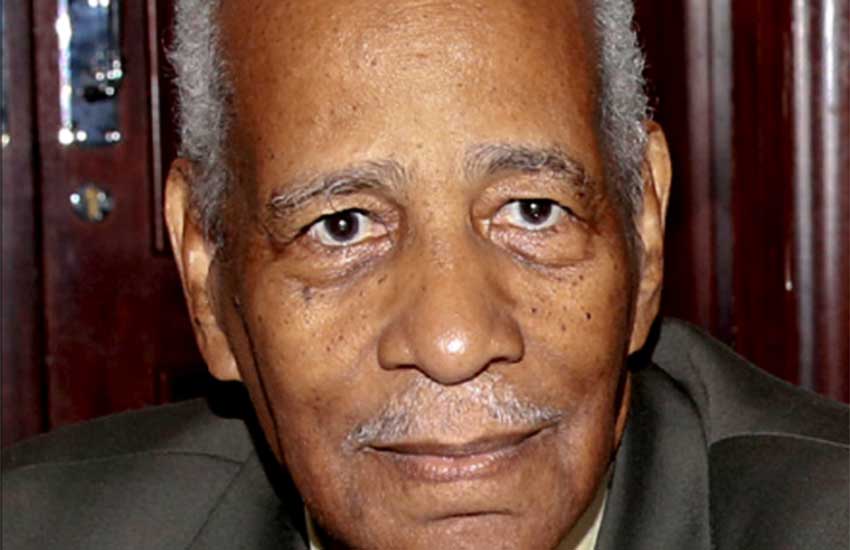 ELDON was a giant of a man. I place him in the same intellectual category as Hunter Francois, Derek Walcott and George Odlum.

He attended the Castries Methodist School with Odlum and Walcott and entered St. Mary’s College at age nine. Yes, he was that bright!

After St. Mary’s, Eldon went to England and worked at the British Post Office. He joined the British army and had to get a special dispensation (conscription) to join because he was too young at the time.

He adored his brother Guy, who was a brilliant lawyer and who set up with Sir Garnet Gordon, the first legal firm on the island.

Eldon spoke just as glowingly about Guy’s wife, the Jamaican-born Lucille Mathurin, who made a tremendous impression on the girls whom she taught at St. Joseph Convent in Castries in the late-1950s.

Eldon once insisted that I should write something in the local newspapers about his sister-in-law, which I did.

After SJC, Lucille taught at UWI, Mona and still later represented Jamaica as Ambassador to the United Nations. Their daughter Gail, Eldon’s niece, is CARICOM’s Ambassador based in Barbados.

Eldon worked hard throughout his life. He was passionate about the region and its people. And although he had few friends he was loyal to those whom he called friends.

1. He first worked at the British Post Office in London. He joined the British army at age 17 and had to have a special dispensation before joining.
2. He worked with Aubrey Armstrong Associates in Barbados as a Project Management Consultant.
3. He spent 1999 to 2001 helping the OECS to streamline its management structure.
4. He helped set up the telecommunications regulatory authority in Saint Lucia and became the first chairman of that regulatory body.
5. He was a member of the St. Lucia Olympic Association and was invited to India by that country’s chief athletics body when India was campaigning to host the Commonwealth Games in …..
6. He worked on the revision of the salaries of the senior civil servants in Saint Lucia and was Financial Comptroller of the St. Lucia Banana Growers Association.
7. He became senior tax adviser to the CARICOM Secretariat in Guyana and later Director of General Services Administration.
8. He travelled all over Saint Lucia with Dr. Vaughan Lewis and George Theophilus sensitizing and educating Saint Lucians on the possible formation of a political union of the OECS and its allied organs.
9. He was a member of the St. Lucia Constitution Review Commission under Justice Suzie d’Auvergne, who happened to be his neighbour.
10. For his services to Saint Lucia he was awarded the OBE

The foregoing may seem like a job resume for my friend Eldon, but, of course, none of it will be required for the new place to which he has been called. Instead, I now turn to the qualities which are most likely to impress those who guard the gates of the great Valhalla he is about to enter.

Eldon was kind and generous. He loved his children and encouraged them to discuss any matter they considered important with him. He was loyal to his friends, and he lived life to the fullest.

He often gave the quiet impression that he could drink any friend under the table — and he often did. He loved music and would burst into song when he was with friends and loved ones, listening to his golden oldies. Above all he worked hard and loved his fellow man. Eldon believed in people.

As head of the Inland Revenue department in Saint Lucia he welcome young employees that other departments could not manage for whatever reason. Eldon took them in and molded them into top performing civil servants.

He did the same at CARICOM where he worked for twelve years. People who he employed at CARICOM later excelled and became heads of their departments. At one point during his stint at CARICOM he travelled so frequently throughout the region that it was said of him “he lived in a suitcase.”

He will be greatly missed by family and friends and most especially by his dear wife Joan, his children Christopher, Guy, Cheryl, Kenneth, Jean and Simone and his many grand kids and great grands.

His funeral will take place on Friday 7th December at the St. Joseph the Worker Church, Gros Islet at 2pm.