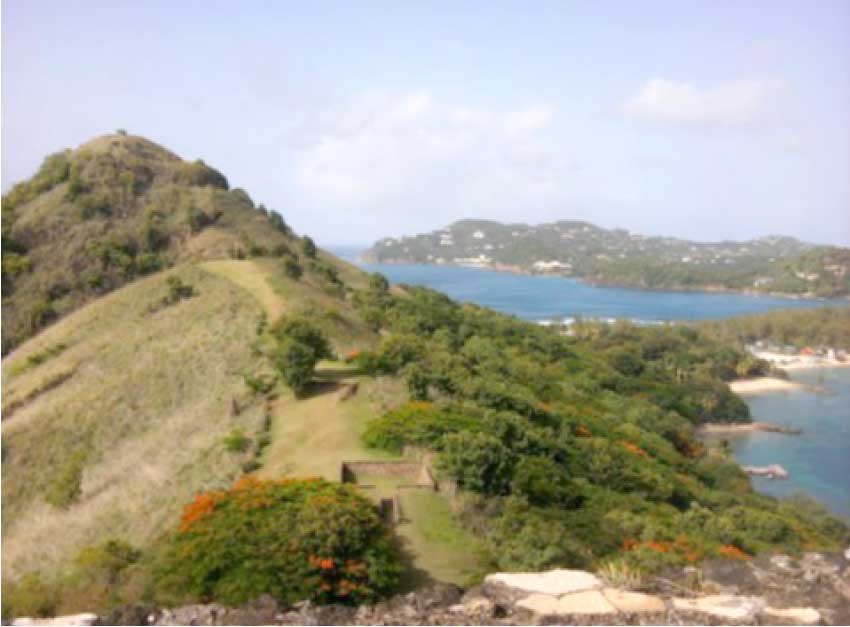 In the Tuesday November 8th edition of your Newspaper you published a letter from a disgruntled member of the Saint Lucia National Trust under the above caption. Since we have no other way of contacting this member, we decided to respond through his chosen means of communicating with us, and hope you will publish this letter.

The Trust indeed misses the counsel of its first Director, the late Robert Devaux who, along with the late Gabriel “Coco” Charles were Saint Lucia’s conservation pioneers, and who set the tone for the organisation’s conservation work in the cultural and natural heritage spheres. The member is correct to argue that we could have done more, but this view must be seen in the context of our limited resources and the hurdles we are currently navigating.

The member mentions the Married Women’s Quarters.  We indeed started worAk on the site as part of a wider plan to convert the property into a museum, as mandated by Government.   In 2006 a friendly government with an embassy in Saint Lucia conducted a rapid assessment of the buildings.  The study concluded that the main building was structurally compromised due to seismic activity.  The same friendly government offered to undertake a more thorough assessment with the view to making recommendations to address the structural issues, but needed the request to come from the head of the Government of Saint Lucia.  This was communicated to the relevant Office and a draft of the letter requesting the assistance was forwarded for signature and dispatch.  This was since May this year and we are still waiting for the request to be sent on our behalf.

There was also reference to Rat Island.  Members who attend our meetings and read our News Letters will know that Rat Island was divested from the Trust back in 2000 and vested in the Rat Island Foundation.  While we have no jurisdiction over this islet, we continue to monitor what happens there.  We also translocated some Whiptail Lizards on the islet and monitor the population to assess their health and address threats to their survival.

The Trust has major plans for the redevelopment of the Pigeon Island National Landmark which include the reconstruction of some of the compromised historic structures.  A funding arrangement, which included a loan from the National Insurance Corporation was in place and the Development Control Authority approved the project.  Unfortunately Government withdrew its support for the project in July 2016 and we await a change of policy on this major investment.

With regards to the Royal Gaol, this matter unfolded between Thursday September 6th and Sunday September 9th, leaving little time for wider consultation.  Council met on September 6th and the actions taken are consistent with their collective decision.  They are also consistent with the organisation’s legal mandate and in keeping with its guiding principles.  Through our action we achieved a stay of the demolition of the building and a promise to explore integrating it into future development plans for the site.

The member also mentioned the poles planted at Sandy Beach.  This was not a unilateral decision of the Trust but taken in collaboration with stakeholders we engaged to devise strategies to protect the coastal resources in the area.  Other related activities included rehabilitation of the storm drain whose blockage contributed to the damage caused by the Christmas Eve trough of 2013 and reinstatement and vegetation of the sand dunes along that stretch of the coast.

The Trust is currently conducting a review of its Strategic Plan.  We value the input of all our members in this exercise and offer various ways to engage them in the process.  Members may contact the consultant, Mr. Yves Renard through the Secretariat for one-on-one discussions on the Strategic Plan.  Mr. Renard will also be at our AGM on Saturday November 24th and members will have the opportunity on the Agenda to share their views on the direction the organisation should pursue.  In addition, we will be circulating a questionnaire to both members and non-members to seek the views of the wider Saint Lucian community on how the Trust may better serve the nation in its role as protector of the national patrimony.  We hope the disgruntled member will take advantage of these opportunities to make a meaningful contribution to defining the strategic direction the organisation should pursue over the next decade. (SAINT LUCIA NATIONAL TRUST)