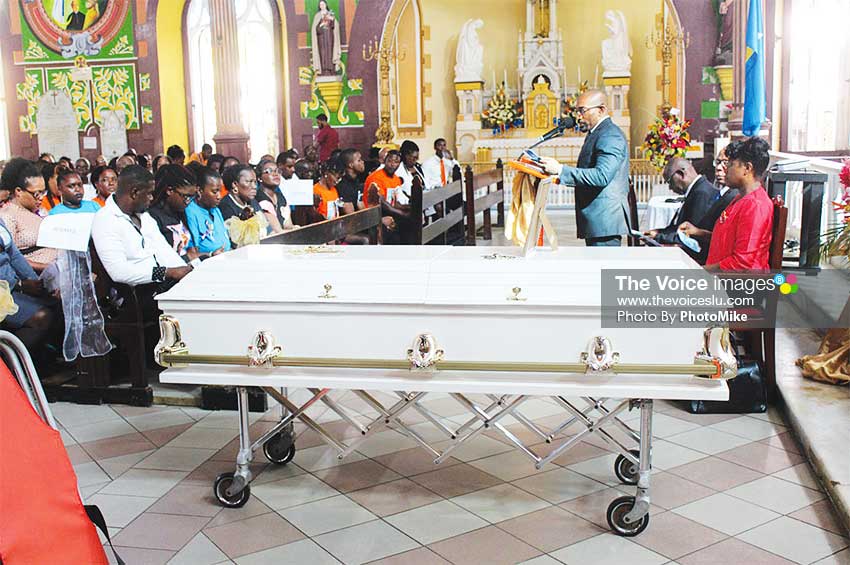 YESTERDAY, Kimberly de’Leon, a mother of two and an employee of the Ministry of Education who was fatally shot in her home the night of October 30, was laid to rest.

The funeral service, held at the Minor Basilica of the Immaculate Conception in Castries, had its dramatic moments both inside and outside the cathedral.

A family member, said to be the deceased’s mother, fainted inside the church and had to be transported to hospital via ambulance, while outside an aunt of Kimberly went berserk as family members and friends tried to calm her down.

The funeral service was a tear-filled one for many who paid their last respects to the victim of an assassin’s bullet.

To date, no one has been arrested. But that does not mean that someone will not be arrested.

Investigations into the 42-year-old’s murder are still very much active, according to Police Commissioner SeverinMonchery.

He told reporters last week that investigators are awaiting samples sent overseas for processing and that local police will have those samples in hand very soon.

The deceased’s husband, a police sergeant, was identified as a ‘Person of Interest’ in the early investigations into the murder.

Since then, there has been nothing of substance coming from the police regarding the death of Kimberly.

However the case is still wide open and police are actively pursuing it.