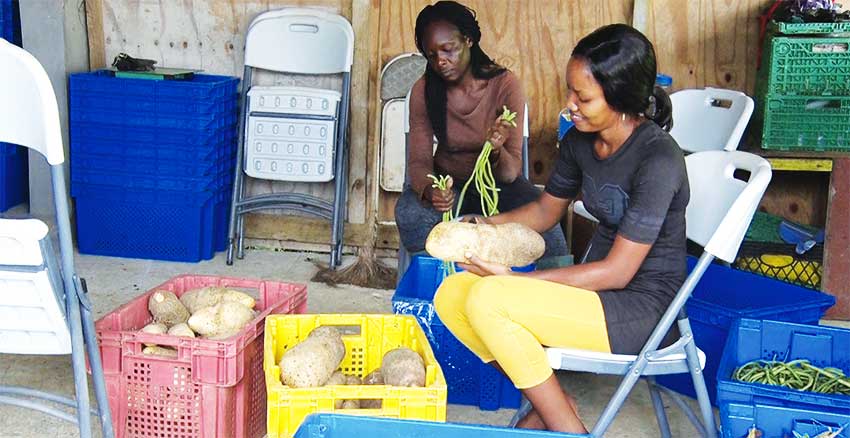 CARIBBEAN women in farming have come in for high praise from Labour Minister Stephenson King.

At a recent tour of a local farm with delegates attending the 2018 annual review meeting of the Canada-Caribbean Seasonal Agricultural Workers Programme, Mr King observed that Caribbean women have broken many barriers and now stand toe-to-toe with their male counterparts in the agricultural sector.

The Cox Farm, nestled in the community of Vanard on the west of Saint Lucia, is a true success story – where fifty percent of the workforce is women.

King says Cabinet will continue to lobby for equal rights and treatment for female workers across the board.

Canadian farm owners are becoming increasingly interested in the employ of female farm workers from the region. As such, moves are currently afoot to increase the number of women employed on the Canadian Farm Worker Programme.

Beth Connery, who owns and operates a farm in Manitoba, Canada says she and many of her colleagues are satisfied that Caribbean female farm workers can perform.

Barbados`s Labour Minister Colin Jordan says notwithstanding individual domestic circumstances; the region stands to benefit more from collaborative work on the programme – recognising that there is strength in numbers.

In addition to the employment generated and transfer of substantial remittances, Caribbean countries also benefit from knowledge transfer among participating farmers.

The Canada-Caribbean Seasonal Farm Worker Programme has been in existence since 1966. It represents one of the finest forms of corporation between Canada and the Caribbean.