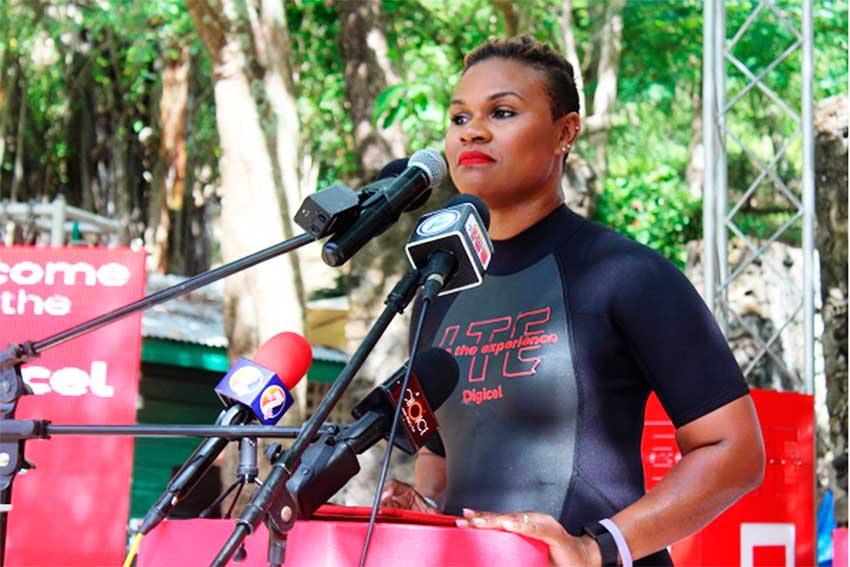 When Digicel sets out to do something it sure does it in a big way.

Local media representatives could attest to that when the company took them to the Pigeon Island National Landmark by sea on Thursday, for its media launch of its island-wide penetrating Long-term Evolution (LTE) Network, Saint Lucia’s very first LTE Network.

As big and festive as the launch was, it carried with it a message of commitment to the country which cannot be denied.

“From inception in 2003 when Digicel brought choice and innovation to Saint Lucia we were committed to delivering best network, best customer experience and best value. Fifteen years later we solidified ourcommitment with the launch of our new network. We remain committed to the development of this country as we invest in technology advancement, community development, local talent, youth and sports,” the company’s told media representatives Thursday.

Digicel, which has since moved from a pure GSM company to a full telecommunications and entertainment provider offering the best in class, technology and products, boasts of its advancement in technology in Saint Lucia over the years.

“Today marks a momentus occasion for, not only we at Digicel, but for this country as we bring to you the island’s very first island wide LTE network . We have listened to the pleas for faster speed, improved service, better value and we are committing to a transformational experience to our people in Saint Lucia,” James-Alexander said.

This means that with the new service Digicel customers can now enjoy blazing-fast mobile speeds on the LTE Network, which is part of Digicel’s promise to take things to the next level with an ongoing global network expansion. The new network is capable of running multiple applications smoothly, allowing customers to share large files in real-time and multi-task to their heart’s content. With speeds that surpass anything on a personal computer, it also enables glitch-free High Definition (HD) videos and streaming in real-time, whether on a smartphone, tablet or other internet-enabled device.

According to the company the launch of LTE is another first-to-market for Digicel and is also a major step in equipping St. Lucia with the most modern communications and entertainment infrastructure, while improving the country’s rate of internet penetration.

“Besides upgrading the way people connect, LTE gives a boost to local productivity and opens up significant earning and employment opportunities for the people of St. Lucia,” The CEO said.

In its World Development Report (2016) the World Bank showed how a ten percentage point increase in broadband penetration can increase Gross Domestic Product (GDP) by 1.38 percentage points in developing economies. With LTE, St. Lucia can drive digital transformation and systematically restructure the society, getting the most out of services like e-commerce, e-learning and e-government.

The new LTE data network will work seamlessly with its existing 4G network – making Digicel the only LTE network to deliver lightning-fast mobile data across all of St. Lucia.