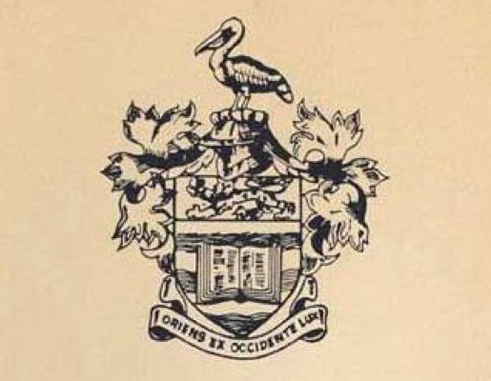 NOT many regional institutions are as old as The University of the West Indies (The UWI) and very few can boast of its accomplishments.

In just seven decades, it has moved from a colonial University College planted by the British in their West Indies, to not just the premiere educational institution serving the entire Caribbean, but also one of the top five percent in the entire world.

The UWI’s list of achievements is longer than any single person can ever remember in full, but among its other lists of enviable achievements is that it has produced more Heads of State and Government than any other single entity has done in this part of the world.

The UWI is in a class by itself, for quite some time serving as the Caribbean’s veritable brainbox for identifying and addressing the issues that affect The Caribbean and its People — be they trade and transportation, health and unemployment, justice and freedom of movement.

Unlike the Caribbean Community (CARICOM) Heads of Government, the leading lights in this regional institution cannot enforce state policy decisions or influence gubernatorial decisions at national levels. But The UWI can – and has always – offered the best advice to all for the benefit of all Caribbean people.

Saint Lucia has been proud to have had two sons – and two brothers at that — serve as Chancellors of The UWI: Sirs Arthur and Allen Lewis. Their son and nephew, Dr. Vaughan Lewis, also served The UWI with distinction as the first head of its institute for international studies, now named after Sir Arthur.

The advent of The UWI Open Campus has been another much-welcomed UWI Milestone, which has brought the best of UWI Education to all non-campus territories (including The OECS and the Virgin Islands).

The advent of Sir Hilary Beckles as Vice Chancellor of The UWI has also brought with it new visions, new missions and a pretty list of new achievements, including the establishment of the UWI’s Center for Reparations Research (CRR) in Mona, which works alongside the regional CARICOM Reparations Commission to pursue Reparations from Europe for Slavery and Native Genocide.

All in all, today’s graduation ceremony here is a double event, fully explained in the Special UWI Graduation Ceremony Supplement included in this issue.

Each of the over 700 graduates will have deserved being honoured and certificated today.

But for Saint Lucia as a whole, it will represent yet another step in the direction of better and deeper cooperation between Saint Lucia and The UWI that many here still hope will eventually result in the UWI being invited and allowed to assist in giving life to the long-lasting dream of transforming the Sir Arthur Lewis Community College into a genuine university.

What will be its role? Would a university based here be only for Saint Lucia or for the entire OECS? And what would be its relationship with The UWI and The Open Campus?

These are questions much-asked and yet-answered by succeeding administrations. But whatever they may be, the answers will continue to be sought and awaited – at least for as long as this age-old promise continues to be made.

Meanwhile, greetings and salutations are in order for The UWI at 7O and the Open Campus at 10. Their 80 years of collective and enduring service has done the region’s Pelicans well and the entire Caribbean is better off for that!