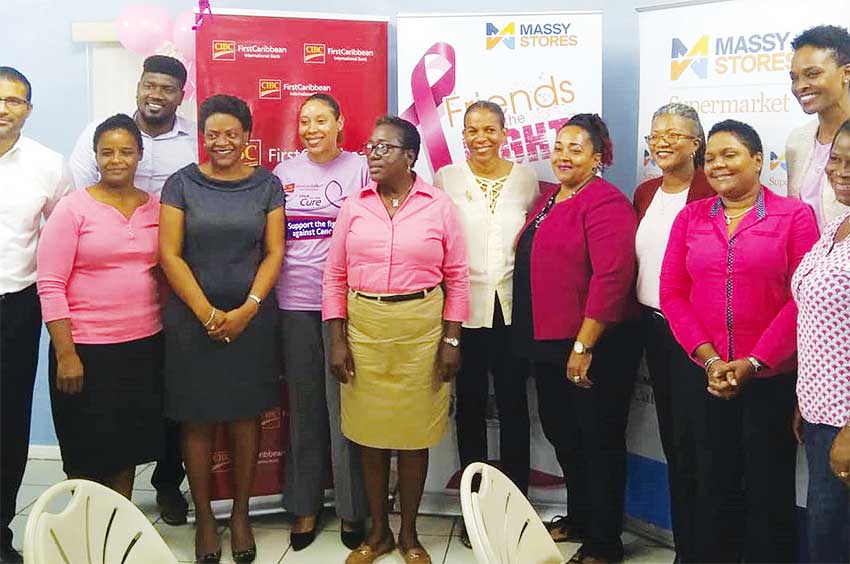 Massy previously sponsored a similar event for a number of years.

CIBC First Caribbean International Bank’s Country Manager Ladesa James-Williams welcomed the partnership and applauded the company for choosing to continue to “place its resources and unique advantages at the disposal of the national fund raising effort”.

According to Mrs Williams “in doing so, Massy Stores is reinforcing the point that the threat and the impact of cancer is bigger than all of us, and a collective and cooperative response can go much further”.

Walk For The Cure comes off on October 7th. A number of fundraising activities are underway to augment proceeds from the $25 registration fee and contributions from corporate partners.

Fundraising will also continue throughout the month of October. Funds raised from the walk are supplemented by CIBC First Caribbean International Bank.

Proceeds will be shared in equal parts between the Saint Lucia Cancer Society and Faces of Cancer.

For the second consecutive year, simultaneous walks will be held in the north and the south of the island.\