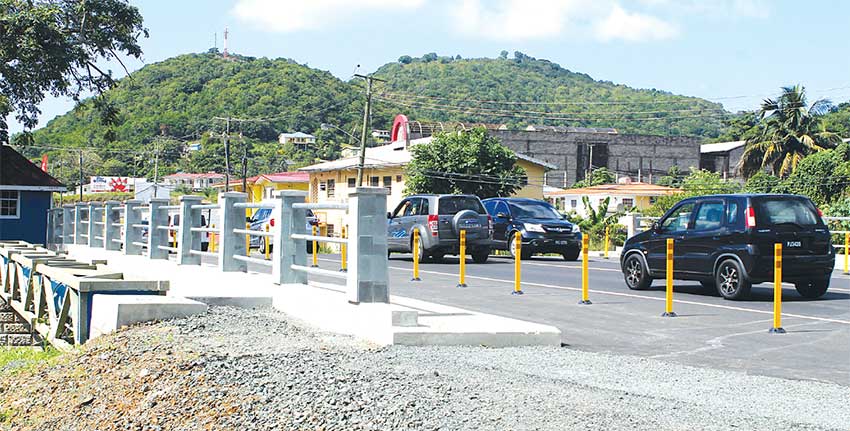 GOVERNMENT has purchased three electric vehicles to investigate whether it should transform its transportation fleet from fossil fuel. It is part of an international move to reduce carbon emissions globally, with every government asked to look into related possibilities.

Saint Lucia’s carbon footprint is nearly invisible on the world map. But by reducing the size of the government’s vehicle fleet, in whatever way, it will be sending a clear message that we are surely on board in trying to save the planet from self-destruction.

But what real contribution will Saint Lucia make, as a country, if only the government’s fleet will be electrified?

Not that there’s anything so wrong with plugging-in to fill-up. But such fundamental shifts in how we do things – in this case, how we drive – should be part of a wider process that looks again at how we use our roads.

Our roads haven’t changed much. But vehicular traffic can be a real nightmare today. Everything goes wrong — from bottlenecks on busy highways during rush-hour traffic, to overloaded container trucks and trailers and inhospitable minibus drivers whose only interest is getting — and staying — ahead of everyone else.

The sheer number of vehicles on our roads is already a major problem. But there’s still no limit to the numbers being imported, with massive car-carrying ships continuing to call here as often as ever.

Police crackdowns and higher fines have not reduced the number of traffic violations and accidents.

It’s all well and good to take commendable actions – like Government is doing in this case. But while it can set an example, even if it was to transform its entire vehicle fleet from gasoline to electricity, our footprint’s size will eventually still continue to grow for as long as the majority of the owners of the fossil-fueled vehicles don’t do or have to do likewise.

For as long as private persons can buy or import vehicles without limits or related environmental considerations, our carbon emissions will continue to grow bigger than we may wish, because, even if less vehicles use diesel now than in 1992, the vast majority on the streets today — and still being imported — are also fossil-fueled.

Transportation has long eclipsed electricity generation as the biggest contributor to carbon emissions globally — and, as is being seen everywhere, it’s much easier to talk about reducing carbon emissions than actually doing it.

Countries and companies that contribute the most to global warming are usually the first to acknowledge the gravity of the problem and to pledge and promise to make amends, including making expectedly hefty promises of contributions to the clean-up and prevention process.

But as has been seen ever since the world’s first environmental summit was held in Brazil in 1992, the bigger culprits also always find ways and means – and reasons – to falter on delivery of their proportionate contributions.

We’re removing wrecked vehicles from roadsides – that’s a good start. We’re also seeing efforts to encourage more Saint Lucians to use bicycles. That’s very good too. But there are also several other necessary domestic policy decisions to be taken here to better manage our road traffic before we can even start to reduce the size of our already very tiny global carbon footprint.

Saint Lucia’s participation in the continuing efforts to reduce global carbon emissions are commendable. But we also have to be realistic and first start doing the things here that will allow us to better manage our road traffic.

In other words, first things first!