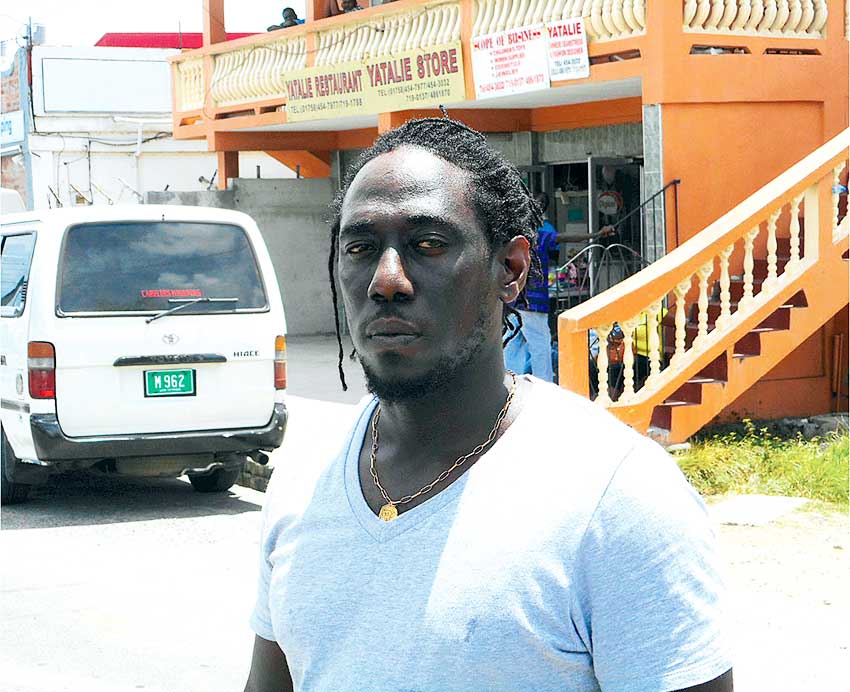 Residents and minibus operators give due praise to driver and ministry.

RESIDENTS of Vieux-Fort North and minibus drivers plying the 4B Route are now breathing a sigh of relief. That’s because the roads in Morne Cayene, Vieux-Fort, which were riddled with crater-like potholes, are currently being repaired.

Work on the road commenced just over a week ago, after this reporter, in an article, highlighted the concerns of residents and minibus operators, who had intended to stage protest action if the problem was not addressed sooner rather than later.

According to the Secretary/PRO of the Route 4B Minibus Drivers Association, Sheldon Leriche, they are very happy that the roads are being repaired.

“We are very satisfied with what is being done to relieve us of our plight. Right now, we have less wear-and-tear to our vehicles and we burn less fuel…” Leriche said.

He added: “We wanted to make sure we followed the right procedure and give the ministry enough time to start working on the roads.”

Leriche also took the opportunity to thank the staff of the Ministry of Transport for the role they played in ensuring work on the roads commenced as early as possible.

He lamented that some people are politicizing the work that is taking place on the road.

According to Leriche, supporters of the United Workers Party (UWP) are boasting that it took their government to repair the roads, which was left in a state of disrepair by the former administration.

But he doesn’t agree with that approach. “The government is there to work for the general public and not just for its supporters. The road was repaired for everyone,” Leriche said.

Residents of the community have praised Leriche for ensuring work on the roads commenced at a time when their patience was wearing thin.

“Leriche did not give up. He kept highlighting our concerns to the ministry,” a resident of Belle Vue said, adding “He is doing a good job as Secretary,” of the Route 4B Minibus Drivers Association.