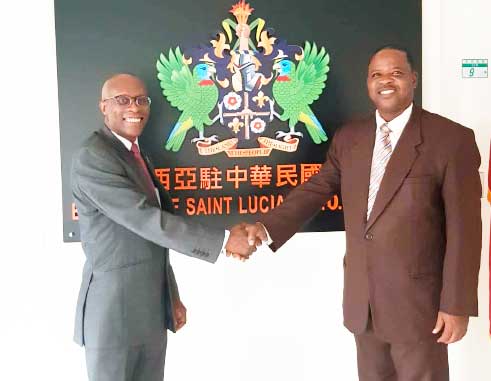 PRESS RELEASE – MR. SEVERIN Monchery, the Commissioner of the Royal St Lucia Police Force has been in Taiwan attending a conference to promote International Police Cooperation. 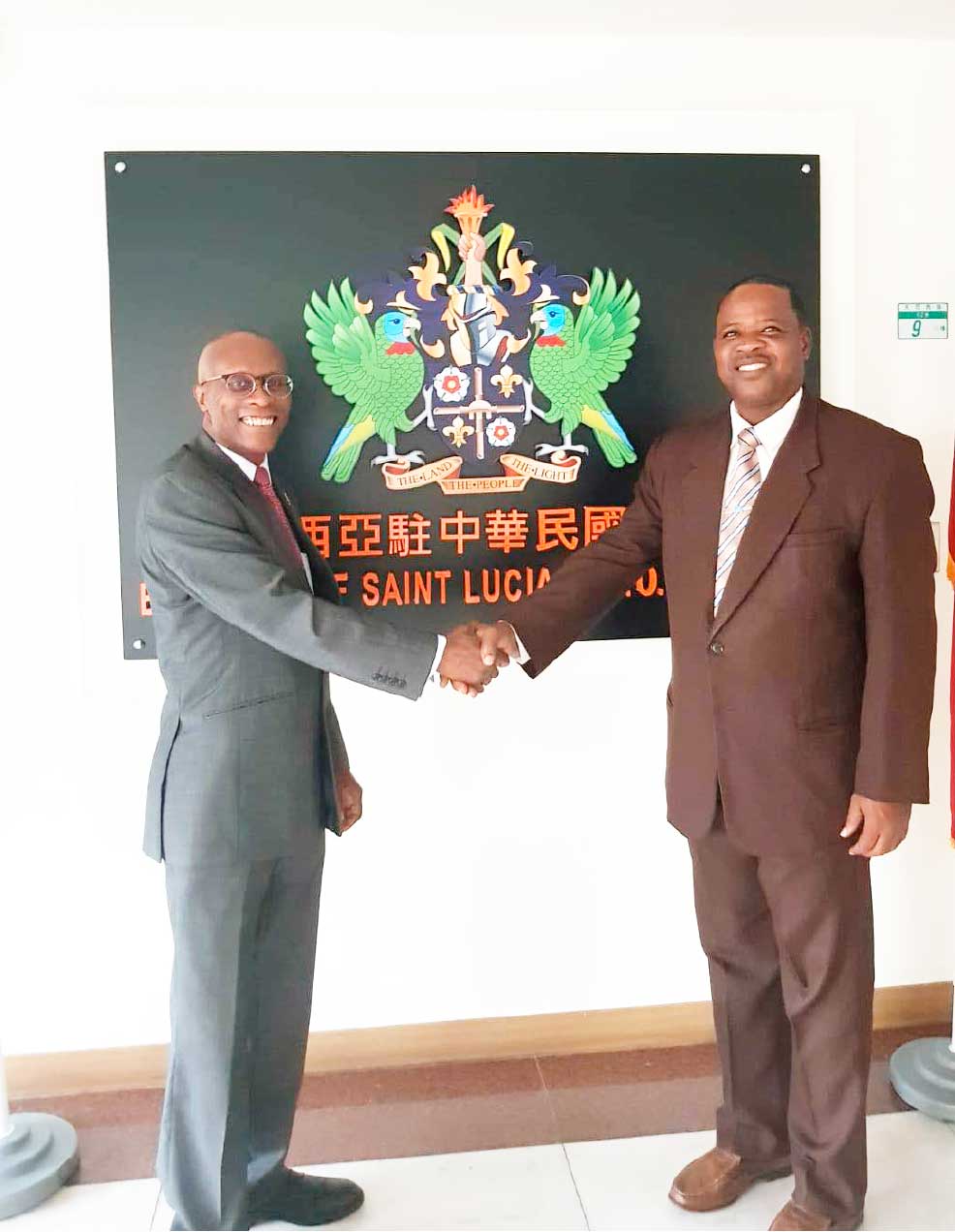 The focus was on combatting transnational telecommunications fraud, but also mutual legal assistance; effective strategies for combating cross-border fraud and other crime; seizing criminal assets and anti-money laundering among other subjects.

Mrs. Souraya Niles- Regis, the Administrative Officer was also in attendence. The Commissioner and Administrative Officer paid an official call to the Embassy of Saint Lucia where they held talks with Ambassador Edwin Laurent and staff. Mr. Monchery commended the organization of the conference which was addressed by the President of Taiwan, Hon. Tsai Ing wen, the Minister of Interior, Hon. Kuo-Yung Hsu and the president of the International Association of Chiefs of Police, Mr. Louis Dekmar.

The commissioner indicated that the conference provided valuable opportunities for the police force and he expressed the need for Taiwan’s continued support in training and developing the Police Force in Saint Lucia.