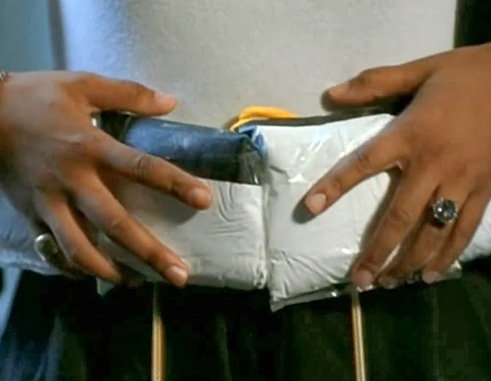 THE announced weekend agreement by Saint Lucia and Venezuela to work together to combat drug trafficking and the illegal arms trade could not have come at a better time.

For months, Saint Lucia and other Caribbean neighbours – particularly (but not only) Trinidad & Tobago – have been expressing serious concern about the increasing influx of illegal arms and drugs emanating from Venezuela.

The countries – big and small and also including Venezuela’s South American neighbours – say they understand why Venezuelans have been streaming out of their country seeking greener pastures and better lives elsewhere. But the arrival of illegal drugs and firearms is not an acceptable or welcome part of this understanding.

Venezuela explains that the drugs emanate mainly from neighbouring Colombia and that what the region is suffering, including Venezuela, is being sandwiched between the world’s biggest producer of cocaine and the biggest global market for hard drugs.

That fact cannot be denied, but it does not erase or undervalue the fact that the drugs and arms are being smuggled into neighbouring countries by Venezuelan nationals, many of whom have been interdicted by security and border agents in several states.

In Saint Lucia’s case, the police report that ‘almost two dozen’ Venezuelans have been arrested for engaging in illegal practices here since January and the agreement to sign a bilateral extradition treaty between Castries and Caracas is another forward step in the right direction.

The Minister of National Security has not said what the Memorandum of Understanding (MOU) to be signed between the countries will specifically address, but it can be assumed that it will cover security issues pertinent to both sides.

Saint Lucia and Venezuela are not reading from the same page when it comes to some regional matters of a political nature, especially Saint Lucia being one of the few CARICOM nations in the ‘Lima Group’ of Organization of American States (OAS) member-states that pursue common foreign policy approaches to Venezuela considered inconsistent with official OAS or CARICOM positions on ‘non-interference’ in internal affairs of states.

Caracas was understandably apprehensive that it took Castries all of one week after a dramatic threat on the life of the Venezuelan President to condemn the action, but Saint Lucia did join the long list of condemnations of the hi-tech assassination attempt, using drones.

Saint Lucia may or may not agree with the policies of the Maduro administration, but as the National Security Minister pointed out, assassination of an elected leader is simply ‘abhorrent’ and unacceptable because “We believe in the rule of democracy and to overthrow any democratically elected official is not something that we accept.”

Countries will agree and disagree – and indeed agree to disagree. However, ideological differences notwithstanding, whenever and wherever neighbours have a common enemy, it is always in their common interest to agree to keep their disagreements, but to unite to confront the common enemy.

This is exactly what has happened in this case and the agreement to establish a bilateral extradition treaty and a joint security-related MOU cannot but be welcomed, supported and wished all the best for success.

It’s certainly the way to go!