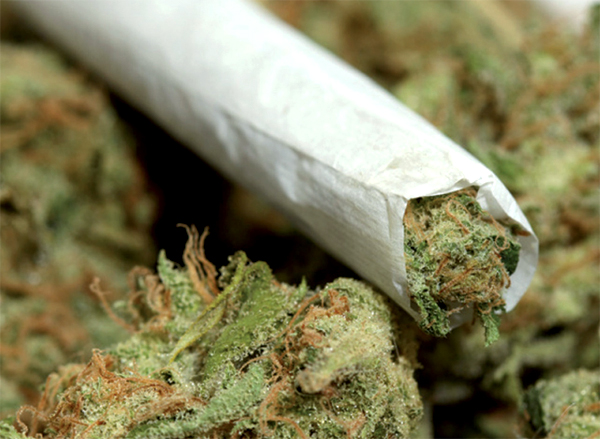 WHO ever thought police officers – anywhere — would publicly support the legalization of marijuana?

Saint Lucia’s Police Welfare Association may be the first in the Caribbean to publicly support the legalization of the still illegal herb and they need to be commended, not for the position they took, but simply for taking a position.

Increasingly, traditional naysayers are finding reasons to express their changes of mind and expressions of support for legalization of the weed on the basis of the evidence being served-up up by supporters.

The increasingly accelerated moves in developed countries to regularize, decriminalize or legalize marijuana is dawning on the developing world, which has been the historical producer and supplier, until marijuana became a legal export cash crop in the United States over a century ago.

Marijuana was treated as a ‘dangerous drug’ and consequently outlawed in the mid-70s across the Caribbean.

However, in the four decades since, the cannabis plant – to which family marijuana belongs – has been developed into a lucrative industrial raw material.

Industrial cannabis hemp has indeed become a growing and increasingly lucrative industry in developed countries. But as the developed world continues to invest in developing medicines and industrial products from cannabis, the Caribbean (and other developing) still find themselves fighting a losing war against marijuana production and use on the basis of its illegality.

Coming to grips with the ‘marijuana problem’ continues to be a headache for CARICOM governments, which remain (as usual) divided on yet another subject that has implications across the region.

Neighbouring St. Vincent and the Grenadines is in the forefront in the OECS when it comes to making a clear case for governments to change their approaches to discussion and decision-making on this issue.

Not only is the multi-island state the only one in the Caribbean with a legally constituted Association of Marijuana Farmers, but its prime minister has openly stated that the quality of Jamaican and Vincentian marijuana can match any of the brands being manufactured in American and European labs.

The Police Welfare Association has made it clear that its support is not for smoking marijuana but for its use as for medicine. The Vincentian Marijuana Farmers argue that their product is more environmentally friendly and potentially of more economic benefit for all, if decriminalized and allowed to coexist on the legal world market, (at least) as a medical product.

Doctors, lawyers – and now police officers – are all demonstrating support for decriminalization of marijuana and greater exploitation of its medical properties. Last week, for example, a UK child suffered continuing discomfort while the authorities discussed and remained divided on whether the child should have been served with marijuana oil.

As things stand now, it would appear that all other parts of the society at large has come to a conclusion one way or another – supporting or opposing legalization or decriminalization – except the CARICOM Heads of Government.

As they always do on issues that are controversial or over which they are not all united, the CARICOM governments have been dithering here and there all the while, appointing investigative commissions and finding every means possible to keep discussing and postponing discussions.

Every year, each CARICOM Summit (since the issue became an agenda item) find ways to go and words to explain why a final decision cannot be taken. Just like the CARICOM Single Market and Economy (CSME) and the Caribbean Court of Justice (CCJ), the leaders are opting to sit on their hands instead of showing where they stand.

In the meantime, while the governments play the waiting game and the (Caribbean) society continues to embrace the herb in all its forms, the illegal trade continues to enrichen a minority, more people tend to break the law they find unreasonable in today’s circumstances and the region’s jails continue to be overcrowded with young people convicted for smoking or being in possession of small quantities for private use.