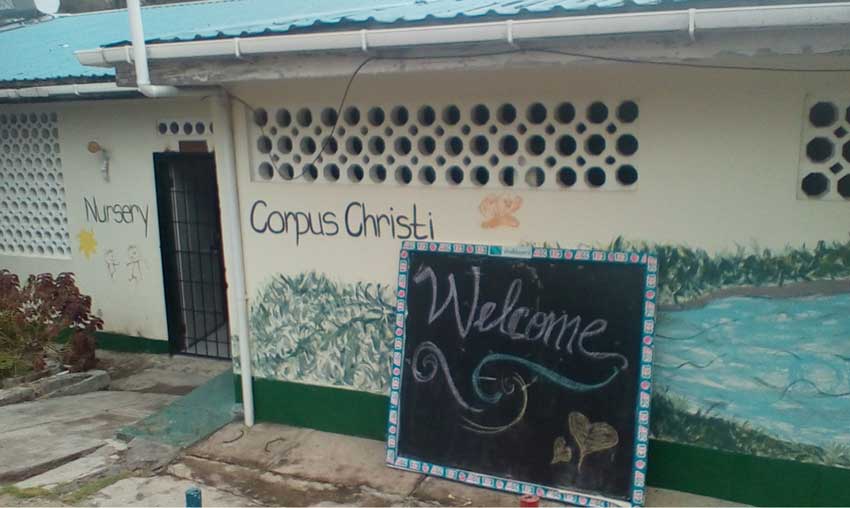 ALMOST 60 years ago (in December 1958) the Corpus Christ Day Nursery and Preschool was founded here in St. Lucia and on Wednesday, June 27 2018, the school celebrated yet another graduation ceremony. However, this week’s ceremony was the last before the school closes its doors next month.

The significance of the occasion was palpable, graced as it was by the presence of Governor General Sir Neville Cenac and Castries City Mayor Peterson Francis, who both attended to pay their respects, not only to the graduates but to a preschool that had meant so much to so many, over such a long time.

“Today, we gather as we prepare for the final transitional exercise of the Corpus Christi Day Nursery and Preschool,” said Sister Petronilla Joseph, the Carmelites Superior General.

She stated that “Today will be recorded in the annals of the Corpus Christi Carmelites as a red letter day… an historic moment indeed.”

Illustrating its long existence, the Carmelite nun said that the school “Having served the needs of the community for almost 60 years, can boast of parenting 1st, 2nd and 3rd generations of families who have benefitted from the firm foundation they received.”

Furthering her point, she outlined how a few of those slated to graduate also had parents who attended and graduated from the Corpus Christ Day Nursery and Preschool.

“In our current enrolment of 28 pre-schoolers, five are offspring of children who would have paced the floors of this institution,” Joseph stated.

The nun also expressed her gratitude to the school’s founder, Mary Phillip Weekes, who was also present at the ceremony.

“The doors of this early learning centre were opened by Sister Mary Phillip Weekes. To this courageous founder and Corpus Christi Carmelite sister, who we are privileged to have with us today, we owe a debt of gratitude, which is difficult to replace.”

The school will officially close on July 6, a fact which led Joseph to describe its last Graduation Ceremony as being “tinged with some sadness.”