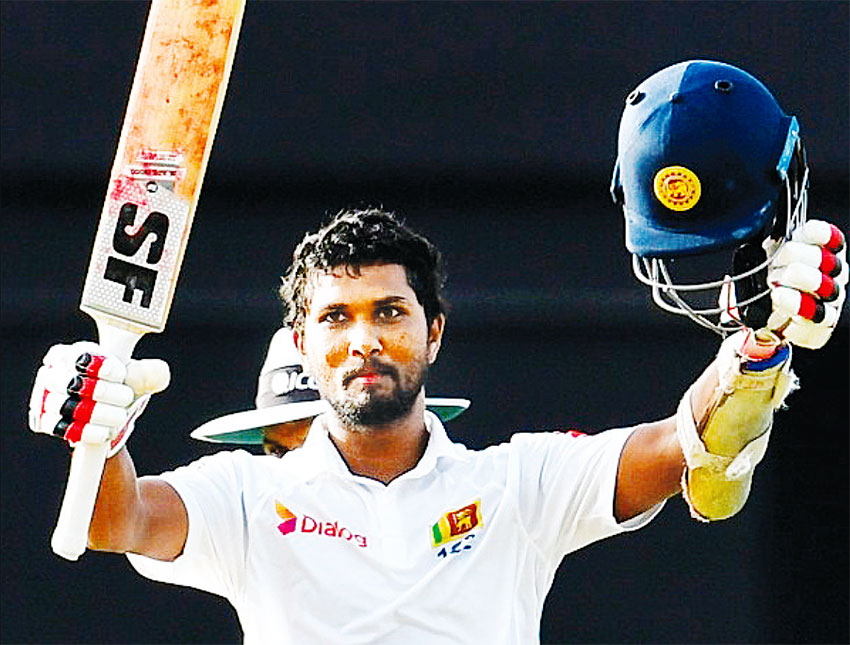 IT’S Day 3 in the second Test match between the West Indies and Sri Lanka at the Daren Sammy Cricket Ground — and by all indications the Saint Lucia National Cricket Association and Cricket West Indies will be hoping cricket fans will come out in their numbers to support the home team for the duration of the match.

The West Indies lead the three-match series 1-0. If the Windies win this second match, they will lead 2-0. If Sri Lanka wins, they will take the overall score to a draw. But either way, whichever team wins this match, there will still be an ultimate and deciding third match, which will start next Saturday at Kensington Oval .

Just before going to press yesterday afternoon Devon Smith was not out on 50, and Kieron Powell not out on 22. West Indies 105 for 1 in 38.1 overs.

The batsman out — Kraigg Brathwaite caught by wicketkeeper Niroshan Dickwella off the bowling of debutant Kasun Rajitha for 22 — with the score on 59 after 24.4 overs.

During the morning session, the Sri Lankan fast-bowlers kept the West Indies opening pair in check, as the first boundary came in the 100th delivery bowled by right-arm fast bowler Lahiru Kumara.

On day one, on a pitch that favoured seam bowling when fast-bowler Shannon Gabriel delivered one of his best spells with the new ball, the Windies ran through the Sri Lankan’s middle order, finishing with 5 for 59 from 16 overs. This was Gabriel’s third five-wicket haul — the other two were against Pakistan.

His new ball partner Kemar Roach picked-up 4 for 49 in 18 overs and captain Jason Holder 1 for 56 from 14 overs, as the West Indies bowled-out Sri Lanka for 253 runs in 79 overs, just before the close of play.

Captain Dinesh Chandimal won the toss and decided to bat and batting at No. 5 scored the 10th Test century of his career, making 119 not-out off 186 balls with ten 4s and one 6.