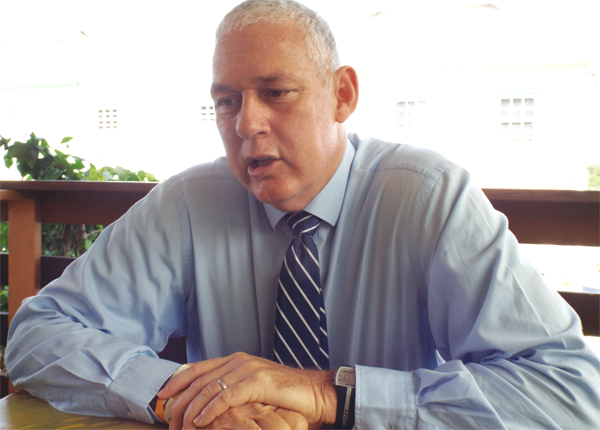 I saw the video online showing the treatment of the PM at a Kaiso Tent. I was not there, but I honestly felt ashamed for him. In John Compton’s worst moments, I don’t think he inspired that kind of venom from his people, especially two years after having won an election on such a high note. Even with the UWP’s sustained chants of the unpopularity of Kenney Anthony at the 2016 election, I cannot remember seeing or hearing him ever been booed publicly. In fact, Dr Anthony seemed to have received glowing praises at the same tent, while the elected PM was viciously pounced upon by the populace.

Today, we all can compare the “chalk and cheese” leadership styles. But anyone who has lived here since the current PM took office would feel ashamed just like me, but would not be so shocked at the way his own people seemed to be pouring bile over him in public. However, given the PM’s own treatment and sentiments towards St Lucians, his increasing arrogance to and public disrespect of professionals, given all the condescending language, that bashing at tent was not to have been unexpected.

This PM has used terms like ‘mendicants’, ‘braying jackasses’ and ‘barking dogs’ to refer to the people who elected him to office and to the opposition MPs they also elected. How can it be that a man who not too long ago was virtually ‘crying blood’ for St Lucians, can now turn around and kick us in our behind? But I am not shocked by any of his behaviours. The closing of RSL, the slashing of the Trust Budget, the removal of jazz trickle-down benefits from the people to the hotels, disrespect of doctors and architects, DSH giveaway to foreigners, tax breaks for a former top regional employer, the Saint Jude crisis, sustained increase of gas prices — all that is typical of this PM’s persona.

The pages of our history speak loudly to his leadership style and preferences, from his entry into politics as a senator and minister to he and his father’s takeover of the party from Stephenson King, right through to his election as PM and in the past two years of him in office.

As the UWP Candidate for the Soufriere Constituency and former Tourism Minister, he had to be called upon and investigated for how he handled the limited funds of the Government, especially in the period leading to the 2011 elections. The massive telephone bills and entertainment expenses that were paid for by us the taxpayers during his tenure, the Third World Band that was brought down for election fete in Soufriere a mere months after a natural disaster had hit the country – all that spoke to the calibre of the man.

Can anyone really forget the excesses and extravagance of him serving as tourism guru and Minister of Tourism in the last administration? Remember James Hepple’s excessive payments? Those were his Ministerial hallmarks.

So, when I hear today of tax breaks of $24 million or busted travel budgets or credit card payments, to me it’s just déjà vu.

The UWP Government, under his stewardship as Minister Tourism, spent over $250 million US on Tourism marketing alone, but visitor arrivals and hotel occupancy still declined, several airlines abandoned St. Lucia and airlift was drastically reduced. Not one of the seven new hotels he promised back then was built and under his watch, Ritz Carlton was gone for $58 million, Sapphire Estate was gone, Raffles was gone and Le Paradis died. None of the promised 7,000 new hotel rooms in seven hotels were built during his reign as Tourism Minister. In fact, when his term ended, he left four hotels in various stages of receivership: Almond, Smugglers, Discovery and Landings.

And who can forget the $58.275 million big Black Bay deal! Mr Chastanent said (in defence of that Black Bay fiasco): “It was an investment risk… St Lucia is in a better place…If UWP didn’t have shares, then people of St Lucia would have lost more… UWP found a compromise and they went for a bigger return for people in St Lucia.” Remember? So, is it any wonder he speaks to us the way he does?
Frankly, given the feelings being expressed the ground to towards the PM today — after only two years in office — as far as I see, if this UWP government wants to spend another three years in office, the best bet is to reject Mr Chastanet as Prime Minister and Leader of the Party.