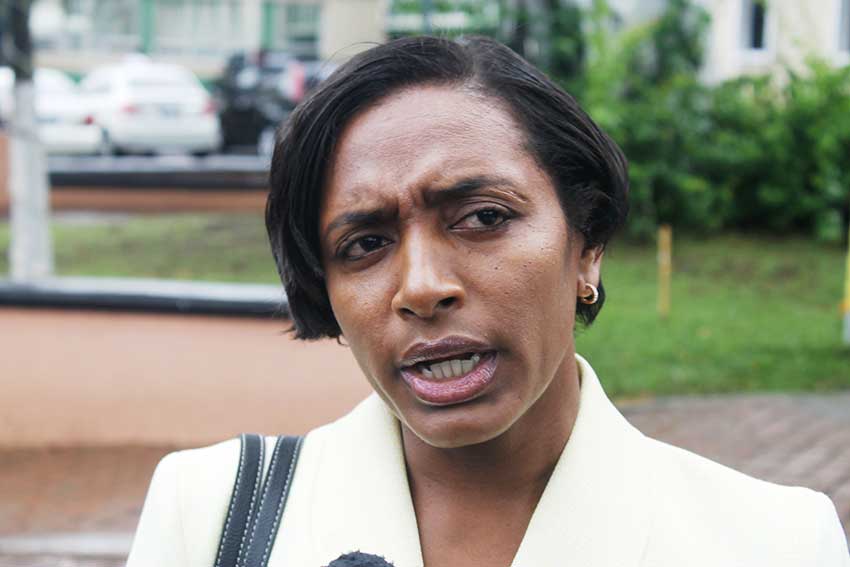 Speaking on the 2nd anniversary of the UWP’s election victory in 2016, Ms Charles recalled that health care was one of the issues that the UWP emphasised on the campaign trail.

The UWP official asserted that health care “was in a mess at the time and worse than it is currently.”

In a statement issued Wednesday, Ms Charles mentioned the situation at the Soufriere Hospital, noting that a recent press release from the opposition Saint Lucia Labour Party (SLP) on the medical institution was ‘hypocritical.’

She said, “I just want to remind them that Lucians have not forgotten the conditions that existed at the hospital prior to the June 2016 elections. You had ceilings that were exposed, you had wiring – there were a number of health issues at the hospital.”

According to Charles, the government has made strides in health care. However, she observed that people do not like change.

“There is a distinct difference,” she pointed out.

She added, “Because those persons are not going to be able to pay, Universal Health Care will not guarantee that people will have access to quality affordable health care…

“And so, with us coming on board and speaking about Universal Health Insurance, it means persons who need to access health care can now access it because they have a health insurance plan that will be able to pay for or cover those medical services they wish.”

“It also means for the hospital that when a patient or client comes to the hospital or when they use the services, they have a guarantee they will be paid,” Charles said.

With regard to the current operations of St Jude Hospital at the George Odlum National stadium in Vieux Fort, she conceded that conditions are ‘not the best’.

“However, we have also said that the St Jude reconstruction project has been a total disaster and we have said if we are to give people in the South and Lucians generally quality health care, this current structure does not serve that purpose,” Charles declared.
She noted that as a result, the government will look at what components of the structure can be modified and used.