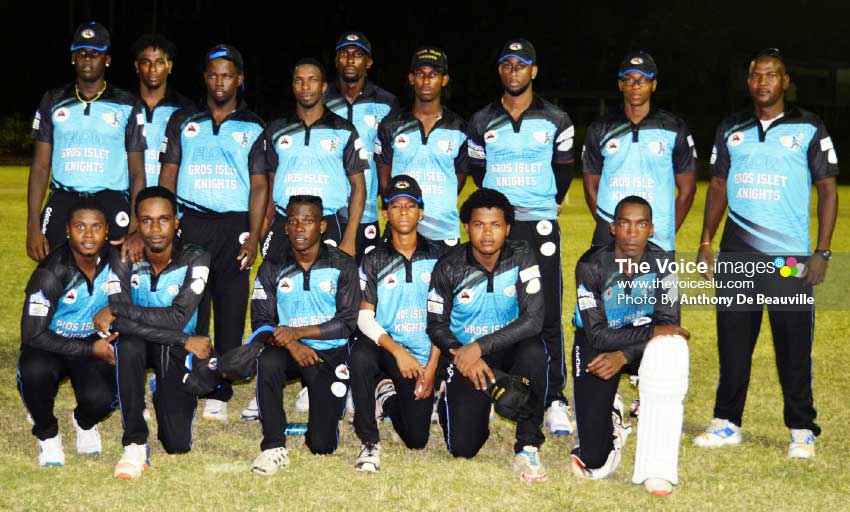 THE excitement, loud shouts and whistle blowing accompanying the second edition of the SPLT20 returns to the Soufriere Mini Stadium this weekend, with teams battling for a semifinal spot in this year’s tournament.

Upon going to press last evening there was no official word coming from the Soufriere Mini Stadium as to which team won that contest, but as customary, the VOICE will update you our loyal readers with all the latest scores in our Tuesday 12th June edition.

To date Mon Repos Pioneers is the only team failing to qualify after their three group games. Six teams will be playing for a spot in the final four. The Avatar City Blasters wait patiently on the results of other matches to learn their fate.

Today, in the first match on the card, Gros Islet Knights and Vieux Fort North Raiders will be looking for their first win.

In the second encounter, home team Soufriere Stumpers will come up against South Castries Lions; SCL will want nothing less than a win to book their ticket through to the semifinals.

Tomorrow, Vieux Fort North Raiders will clash with Mabouya Valley Renegades; while Choiseul Craft Masters comes up against Gros Islet Knights to bring the curtains down on what is expected to be a keenly contested matchup between the two.

Bowling for AVB, Allen Prospere picked up 2 for 13, AlleynProspere 2 for 36 and 1 wicket each for LoicProspere, Dillan John and Johnnel Eugene.

Requiring 143 for victory, AVB reached their target for the loss of 4 wickets with 51 balls to spare. The evening belonged to opening batsman Alex Joseph, who hammered the MRR bowling to all parts of the field, himself and Gaspard Prospere put on 53 for the first wicket, Gaspard made 24.

With Gaspard’s departure, next in was former West Indies captain Daren Sammy. Sammy did not last too long after getting off the mark with a 6, he was soon out, caught by Rohan Lesmond off the bowling of Cyrille Charles with the score on 60. Meanwhile, Joseph continued to make life difficult for the MRR bowlers as he and Jamal James added 49. James was next to go LBW Jamal Lesmond 25 with the score on 109 for 3, Steven Naitrum chipped in with 7,while Alex Joseph remained on 74 not out with nine 4s and four 6s. from 27 deliveries at a strike rate of 274.07