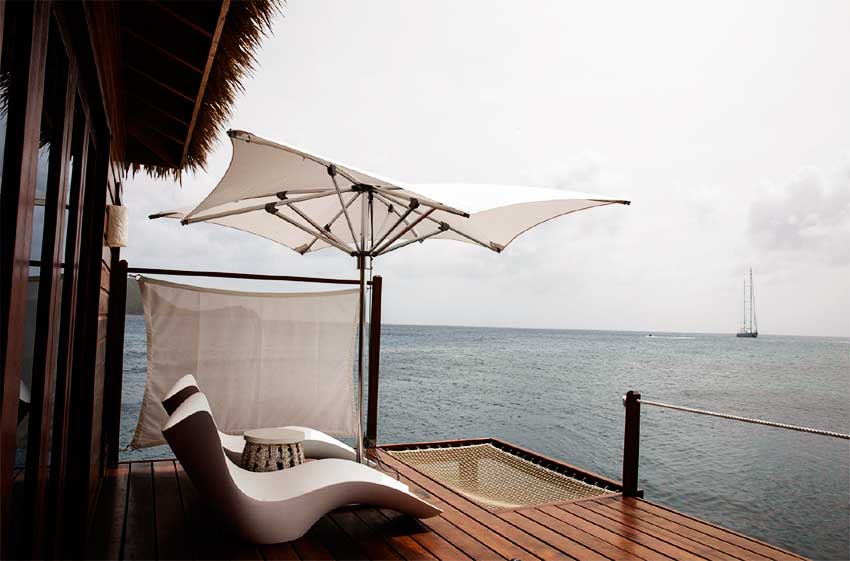 ONCE more, we have noticed attempts to spread misinformation and unsubstantiated claims about Sandals Resorts International, including a totally sensationalized headline regarding a recent statement by Barbadian Prime Minister Mia Mottley.

However, we are not and have never been deterred by fake news, rather we appreciate the opportunity it gives us to set the record straight.

First, we have, and have always had an amicable relationship with Prime Minister Mottley. The Prime Minister is aware that Sandals is completely open to working with her government — as we have worked with governments throughout the region — to help move Barbados into a better and brighter future, because that ultimately is what is best for all of us.

The fact is that Sandals has become a key economic player in Barbados in just three and a half short years. Not only are we the largest contributor of foreign exchange, but we have provided employment and training for some 1,000 persons in Barbados. Within that short time period, we have built two of the most-sought after resorts in the region, one of which opened just last December and which was built by Barbadian contractors in record time. Already, we are adding an additional 50 suites at the new Sandals Royal Barbados which will be available from October.

We also intend to break ground on a new Beaches hotel in Saint Peter in January 2019, and that will more than double our economic footprint. Immediately that project creates 1,500 construction jobs and will create some 1,750 full-time jobs upon completion. This means we will employ in Barbados close to 3,000 of the most highly-trained and potent hoteliers in the region.

As for these rumours that we don’t pay taxes, that is totally untrue. Sandals pays significant taxes in Barbados, including Value Added Tax (VAT).

Indeed, our negotiations on concessions have always been completely transparent and open, and it is because of these very same negotiations that many hoteliers have now been able to access concessions of their own for refurbishment and upgrades in what was a highly-overtaxed sector. We have been assured that in the last two years, more refurbishment and modernization has been done in Barbados than in the last decade.

More than that, it is Sandals that has given the clearest signal to the world that it is good to invest in Destination Barbados at a time when many others are intent only on singing songs of gloom and doom.

As for claims that the all-inclusive model has not worked in Jamaica, let us state for the record that Jamaica is doing extremely well.

A simple online search would show that the Jamaica Tourism Board reported record figures of 4.3 million visitors last year, due to increase this year.

Tourism Minister Edmund Bartlett noted that Jamaica had earned US$2.56 billion dollars in 2016 which represented $500 million of extra earnings in a single year. It would be interesting to note that Sandals Resorts International is the largest financial contributor to Jamaica — not only in terms of money, but [also] in terms of people employed and [in terms of] the high level of training that we do.

Sandals is un-matched for training and is the only company with an in-house Corporate University (SCU) through which a large number of team-members can earn top-level professional qualification and certification. Our team-members have a choice of some 150 different programmes — ranging from hospitality courses to Bachelors’ and Masters’ degrees — in a number of fields.

These are all recognised degrees, supported by leading academic institutions such as the University of the West Indies, the New England Culinary Institute, the American Hotel and Lodging Educational Institute, the Hotel School of the Hague and the English Guild of Professional Butlers

It is the same in Saint Lucia. Saint Lucia is also doing very well and recorded the highest growth in 2017 among Caribbean Tourism Organisation (CTO) member countries of 11%.

Sandals contribution to GDP in that country is unmatched, and we are the largest employer in the sector. We have been the most significant investor in Saint Lucia in the past 25 years, and we have played a major role in the transition from a floundering banana-based economy to a vibrant tourism economy.

Within the last few years we have trained over 1,300 Saint Lucians through our Hospitality Training Programme and we certify them at no cost to the participants. Many of them even go on to find work at other hotels. We always boast that once someone is Sandals-trained, it opens doors for them to get a job at any hotel anywhere on the planet, because the global hospitality industry recognises that our standards are among the very best in the world. A Sandals-trained hotelier is an employee of choice – just ask any of our competitors.

In Saint Lucia we are expanding further and have already broken ground on an amazing 400-key resort that will feature a dazzling array of suites — and one that will boast commanding views of Rodney Bay on one side and the Atlantic on the other.

This means our famous ‘Stay at One, Play at Three’ concept will now be expanded where you can stay at one hotel and enjoy the facilities of four.

We even created history in Saint Lucia when we made it (along with Jamaica) among only a few choice destinations in the world where you can stay in an exotic over-the-water bungalow.
No one promotes the Caribbean the way we do. There are Sandals ads highlighting one of our beautiful islands that run on network TV in North America throughout the hour, every day. This is supported by extensive promotional campaigns throughout the world.

Every country where we operate enjoys similar benefits including Antigua, Turks and Caicos, Grenada and the Bahamas.

Sandals has been voted the World’s Best All Inclusive Chain at the World Travel Awards for 23 consecutive years and if that is not performance, we would like to know what is? Bear in mind it all goes back to our exceptional team-members, who deliver on the high level of training to which they are exposed. And knowing that to be the best, you need to have the world’s best staff, we bring that training to every country where we operate.

At a recent function to launch a new partnership between Beaches Resort and the Real Madrid Football Club, a person of no less stature than the Spanish Ambassador to Jamaica himself, Mr. Josep Maria Bosch Bessa, referred to Sandals as ‘the most important hotel chain in the Caribbean.’

Sandals going to Tobago will be a windfall for all, most particularly the smaller hoteliers. The truth is they will be among the biggest beneficiaries of increased economic activity, global marketing of Tobago and an exponential increase in airlift. Not everyone who arrives on the flights we attract will stay at Sandals, indeed many will seek other options creating a significant increase in business for the smaller hotels.

And we would like to dismiss out of hand this fable that our guests remain on resort. Sandals guests go out into the community in droves. Through our partnership with Island Routes and our local tour operators on the islands, thousands of guests leave our resorts every day to go on tours, to go dining, shopping and to enjoy other attractions.

As for this fallacy that we import everything, the fact is that our purchasing arm ensures that as far as possible, local food and supplies are sourced from on-island. Indeed, our internal mandate is to always buy local where possible and we are proud that Sandals has set the standard when it comes to engaging our local farmers, taxi drivers, entertainers, tour operators and small business persons, including those who make craft and clothing.

In Jamaica for instance, 90% of the food we serve is bought locally. We make every effort to promote and utilize local ingredients in our restaurants. From fresh fruit and vegetables to rum, eggs, chicken and other meat, it is always sourced locally first.

It is because of these linkages many small enterprises have been able to flourish and have grown into successful businesses on their own, hiring additional staff and generating their own activity. Our downstream impact is significant.

This applies to every territory where we operate. It’s no secret that there are challenges with the quantities we require and the quality. However, we take it upon ourselves, as we did recently in Grenada, to work with local farmers to help them deliver produce that is of an acceptable quality. In fact, our local purchases in Grenada and Saint Lucia have all increased significantly.

Sandals is proud to say that we own each and every one of our hotels, except for one in Jamaica where we enjoy an outstanding partnership with Guardian Holdings. We are an indigenous company and it is in our interest to see that our Caribbean people prosper and thrive. We have always been the first to step forward and support the communities around us; and through the Sandals Foundation we have invested significantly in projects that elevate our educational institutions, our environment and our communities.

We were proud to have extended that support to the West Indies Cricket team as its principal sponsor, because we believe in a brighter, stronger and unified Caribbean — and with 15,000 team-members from nearly every Caribbean island, we can openly boast that at Sandals you can see the true power of CARICOM at work.
(Sandals Resorts International)