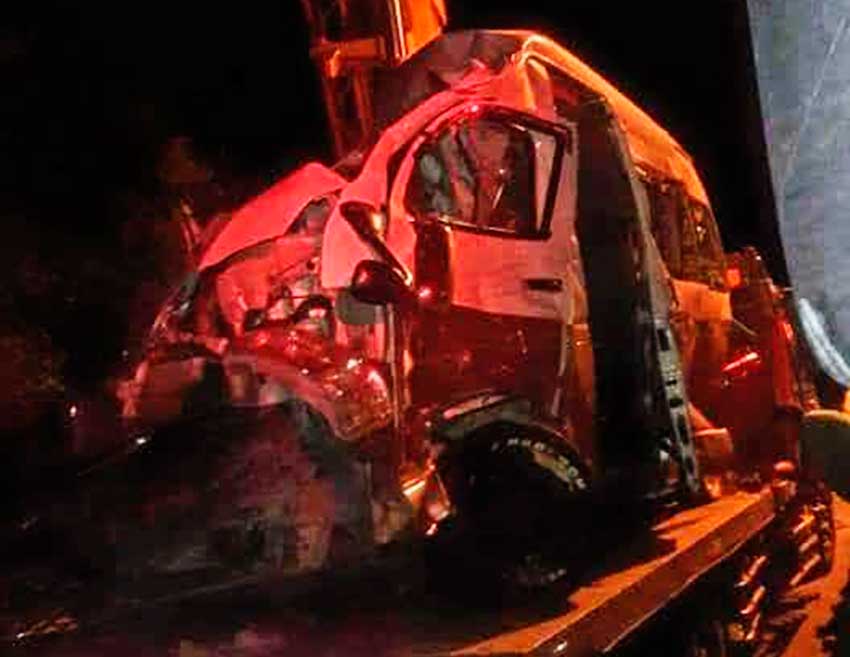 Police are investigating the circumstances surrounding the death of Joel Parris, consequent to a vehicular accident, which occurred on Tuesday, June 5, 2018, about 5:50 p.m. along the Castries-Vieux Fort Highway, near Savannes Bay.

Joel Parris, a thirty five (35) year old resident of Balata, Castries, was the driver of a white and grey omnibus registration number HB 7990, travelling north, towards Micoud, when a collision occurred with a blue container truck travelling south, towards Vieux Fort. Joel Parris was pronounced dead on the scene by a medical practitioner.

A third motor vehicle was involved in the said collision. The driver of the container truck was conveyed to the St. Jude Hospital for medical attention, however no serious injuries were sustained by any other individual.

A post mortem examination is scheduled for Thursday, June 7, 2018.

The Royal St. Lucia Police Force wishes to extend condolences to the family and friends of the deceased.