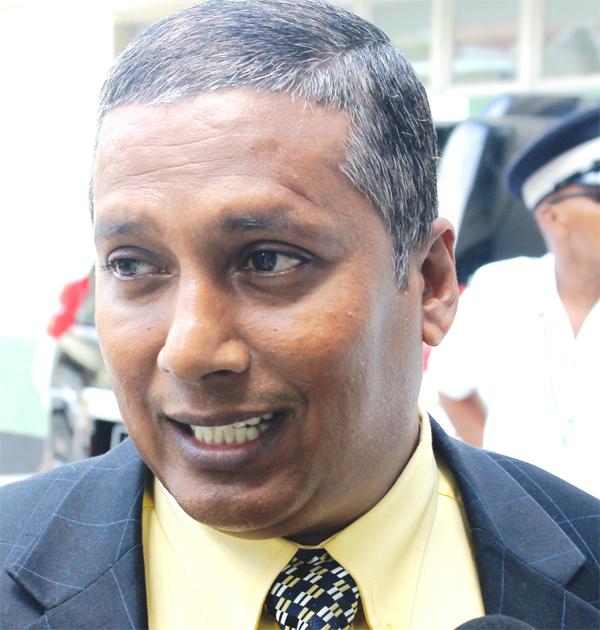 ‘We Will Be There Longer Than Expected!’

THE amount of money to be spent on rehabilitating the part of the George Odlum stadium that houses St Jude Hospital is still unknown, despite talk that $12 million were allocated.

Economic Development Minister Guy Joseph, who is responsible for the hospital’s reconstruction, on Monday said it was “too early” to say how much money would be spent, However, he noted that of the several contracts already given, they have yet to amount to $1.5 million.

An amount of $12 million was indeed mentioned by the government earlier this year – including by Joseph himself — but on Monday he noted that this was “an initial amount” arrived at after government did a full assessment of things needed to be done at the stadium.

“There was never an intention to spend that amount on the stadium in terms of St. Jude operating there,” Joseph said.

One major problem confronting government at the stadium is the roof, said to be in such a bad condition that consideration is being given to taking it down altogether and installing another. Other big problems include the electrical works and the sewerage.

But Joseph said that as a result of a meeting between the St. Jude’s Board of Directors and the staff’s trade union representatives, there was a recommendation to spend one million dollars ($1 million) on the stadium to make it more worker-friendly.

“It was on that basis we decided to make a full assessment. Since then we have commissioned some of the works that needed to be done,” Joseph said.

He further explained, “We have issued a contract to clear the area around the stadium. We are trying to deal with the sewerage problem there.”

Minister Joseph also revealed that “We are going to be at the stadium for a longer period than expected.”

According to the minister, “A contract has been given to take down the roof, with the hurricane season now on. That is in progress, as we speak.

The minister told reporters, “From what I have seen, we are not at EC$1.5 million, adding that “The bulk of the money is being spent on taking down the roof at this point in time.

Minister Joseph also insisted that “The greatest threat posed to the operations at St. Jude now is that of a hurricane.”