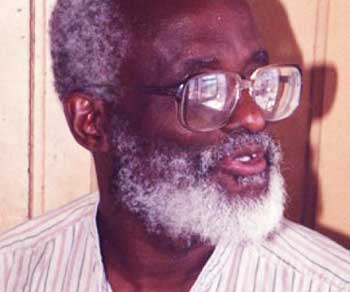 ST. LUCIAN-BORN novelist Garth St. Omer passed away on Tuesday 24th April in Santa Barbara, California. He had lived and worked there for many years. 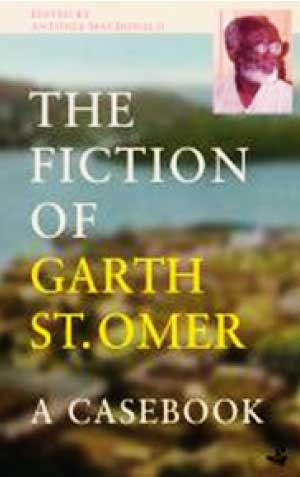 In her introduction to the Casebook, Professor Macdonald had presented a brief biography of the writer: “He was born in Castries, St. Lucia (January 16th, 1931), was educated at St. Mary’s College (at that time, the island’s sole secondary school for boys), and upon completion of his secondary education became a junior teacher there. St. Omer taught at St. Mary’s College for seven years and in 1956, entered the University of the West Indies (UWI) in Jamaica, where he read for a B.A. (Honours) in French Literature. After graduating from UWI in 1959, St. Omer spent two years teaching in France, after which he moved to Ghana where he taught French and English. In the early 1970’s, he migrated to the USA and completed doctoral studies in Comparative Literature at Princeton University in 1975. Until his retirement in 2006, Emeritus Professor Garth St. Omer taught in the English department of the University of California in Santa Barbara.” His doctoral thesis was titled “Studies in the novels of Albert Camus, V S Naipaul and AlejoCarpentier: the colonial novel” (1975).

St. Omer had been part of the seminal St. Lucia Arts Guild founded by the Walcott brothers and friends in the early 1950’s. He had returned to St. Lucia in the late sixties, met and married school teacher Lucy Gallion, before leaving again. He made brief visits in the 80’s, 90’s and finally in 2002, when his mother died. One younger brother Vincent lives in the US. Members of his family include Dame Lawrence Laurent and the Laurent family, and Minister Fortuna Belrose.

The St. Lucian Cultural Development Foundation (CDF) had declared St. Omer a Cultural Icon in 2017, in recognition of his great contribution to St. Lucian arts and literature and as part of its Cultural Icon Series. In 2001, he had been awarded the Saint Lucia Medal of Merit (Gold).

St. Omer was recognized internationally and regionally as a writer ahead of his time, like the late Guyanese novelist Wilson Harris who died earlier this year. Many local writers have acknowledged in various ways their debt to him. 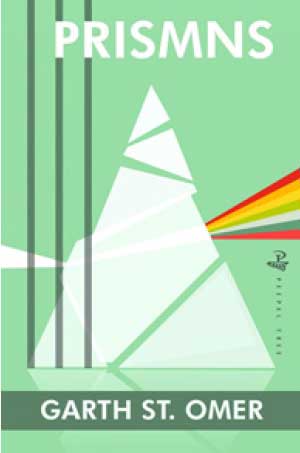 Jane King, poet and critic has written in a Facebook post: “His books were so important to me when I was very young. No-one else wrote about Saint Lucia the way he did. Ever.”

Younger St. Lucian critic, Malica S. Willie, who like Jane King, is represented in the new Casebook, has also publicly registered her response to his work: “He died last night, my literary hero. The Saint Lucian writer who gave us complex characters to simultaneously hate & understand. He died last night, my Saint Lucian hero who said he wanted to explain his Caribbean society to itself. My Saint Lucian literary hero died last night but I hope before he left us, he knew he succeeded at his task. St. Omer, had I not read your beautiful poetic prose, I would have never gained such an intimate understanding of my soul. You died last night but you will live on in those of us who listen, when through your writing, you explain ourselves to us. RIP Garth St. Omer (1931 – 2018).”

Derek Walcott, in his 1969 book The Gulf and other poems, had dedicated the poem “Homecoming: Anse La Raye” to Garth St. Omer. Reflecting on their shared commitment to St. Lucia, the still-future Nobel laureate had written the memorable, oft-quoted lines:

“you wanted no career
but this sheer light, this clear
infinite, boring, paradisal sea,
but hoped it would mean something to declare
today, I am your poet, yours,
all this you knew,
but never guessed you’d come
to know there are homecomings without home.”

The Folk Research Centre (temporarily housed at the offices of the Cultural Development Foundation since the fire that destroyed its headquarters) extends condolences to the family and friends of the late Garth St. Omer and to the wider arts and literature community.