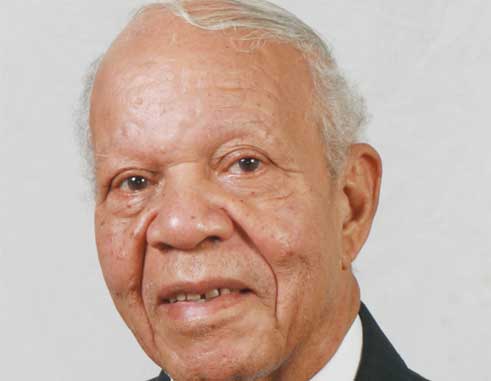 THE political party that masquerades under the name of the United Workers Party today is certainly not philosophically or ideologically, the political institution which is responsible for the social and economic advancement of St.Lucia.

In its present form, the party has deviated from the core principles of the founder of the U.W.P., Sir John, whose political philosophy was that the social and economic development of St. Lucia should benefit all St. Lucians regardless of their political affiliation.

Political wisdom is the ability to make the right changes that result in positive outcomes for the benefit of all citizens of a country.

The politics of the current Prime Minister and his administration, is one of exclusion and isolation of those who are perceived to be supporters of the Opposition Party in the country. Instead, the elected party should practice “economic democracy” in which citizens, regardless of which party wins an election that every citizen is entitled to get jobs or contracts, as long as they have the qualifications and the ability to perform the job, in order to support and feed themselves and their families.

It is evident that qualified, competent and highly respected professionals in our society, who have questioned some of the policy decisions made by the government, which will adversely affect the health, welfare and patrimony of our country are ostracized, sidelined, dismissed and discarded from the decision-making positions and departments of this administration.

What can intelligent citizens conclude, when the collective wisdom of our people which rests in learned citizens with the requisite qualifications and outstanding abilities, who can contribute to the advancement and development of our country, are subject to exclusion from playing a meaningful role in several departments of government.

The difference between the man responsible for the social and economic development of St.Lucia, Sir John, was well known in recruiting some of his most vociferous opponents, such as George Odlum, a political fire-brand, who was appointed as Ambassador to the United Nations. Another recruit was Calixte George, reflecting Sir John’s realistic approach to governance to get academics to address the problems that face the country in the administrative sector. Sir John’s Cabinet Secretary, for a very extensive period of years, was Victor Girard, who was reputed to be a supporter of the Labour Party, but Sir John respected the man’s integrity in that delicate and sensitive position.

What can citizens conclude, when we examine the arbitrary and whimsical decisions of the Prime Minister, without an explanation to the public of the rationale behind those decisions? It is evident that there was no consultation with technocrats or the relevant interest groups. Among the decisions taken without explanations to the public are: The closure of Radio St.Luica; the announcement of the closure of the Marketing Board and the Fisheries Complex; the re-location of the Cultural Centre; the intension to relocate the Central Magistrate’s Court to another impractical location.

Radio St. Lucia is a subject I can address briefly, because I started my career as a broadcaster at that institution, under the tutelage of Winston Hinkson who established the high standards of broadcasting in our country. The station has a rich repository of archival material of historical, political and cultural significance that no other station has in St.Lucia, such as documentaries on historic political events in St.Lucia.

Failing leaders do not listen to the stirrings and warnings on the ground. There are too many former leaders of St. Lucia who become arrogant and drunk with power after assuming the leadership of our country.

I can take the criticism of detractors from all quarters because my sinews are burnished and strengthened by the battles I have taken up with politicians in office who abuse the power they have assumed which is transitory. They are usually rejected, humiliatingly and unceremoniously.

My message to all St. Lucians with pride and dignity is that one should never accept the place that others would deem is worthy for yourself. This philosophy is validated by a little old lady in the United States, who refused to sit in the back of a bus which was designated for blacks. Her name, now famous world-wide was Rosa Parks. A whole revolution for blacks was precipitated by this old lady, which has changed the status of blacks in America, with the introduction of effective and rigid laws against racism and segregation.

Despite my self-effacing personality I have the heart and courage of a lion who fears no man, brought up from childhood by my Amerindian grandmother. I will tear to pieces anyone who would attempt to diminish me. Therefore I will not put my sword of Damocles into its scabbard. Not yet! Not yet!

We must be reminded that St.Lucia is a democracy, therefore political commentators, academics and other learned persons who are concerned about the welfare of their country have the right to critically analyze the performance and the direction in which our country is being taken.