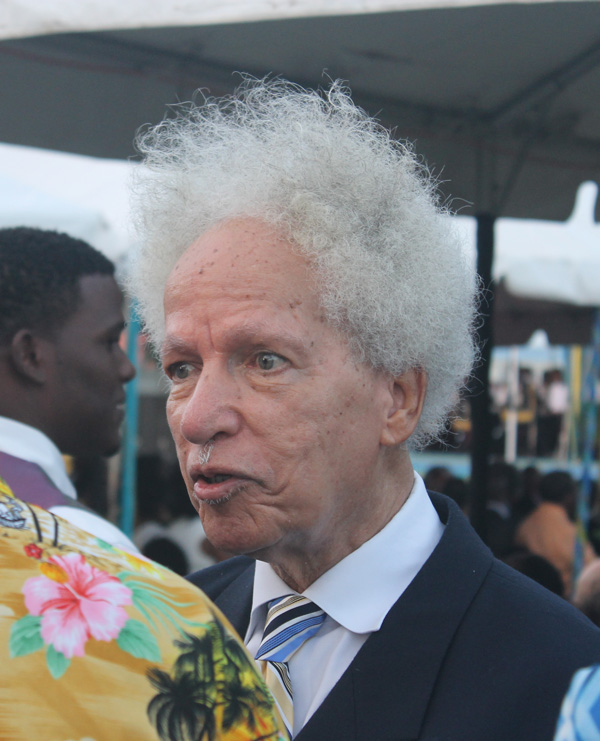 Prime Minister Allen Chastanet has announced that Her Majesty Queen Elizabeth II was pleased to approve the appointment of Emmanuel Neville Cenac as the new Governor General of Saint Lucia, effective January 1, 2018.

Cenac, a former elected MP for the constituency of Laborie, has previously served as Saint Lucia’s Minister for Foreign Affairs and also as President of the Senate. He was intricately involved in the movement for Windward Island unity.

An elder statesman, Cenac, who is highly respected in the legal fraternity, retired from active political service in 2006 and has since written extensively on the Constitution of Saint Lucia.
In making the announcement, Prime Minister Chastanet profusely thanked former Governor General, Dame Pearlette Louisy, for her service.

In order to facilitate the transition, the Government had been in dialogue with Dame Pearlette, who marked her 20-year anniversary as Governor General in September 2017, with a calendar of activities in tribute.

“We will always love Dame Pearlette Louisy,” added the Prime Minister. “She has served this country exceptionally and on behalf of the people of Saint Lucia and the Government, I say an immense thank you to Her Excellency Dame Pearlette for her grace and her counsel.”
Cenac will take the Oath of Office at an Installation Ceremony on Friday, January 12, 2018.