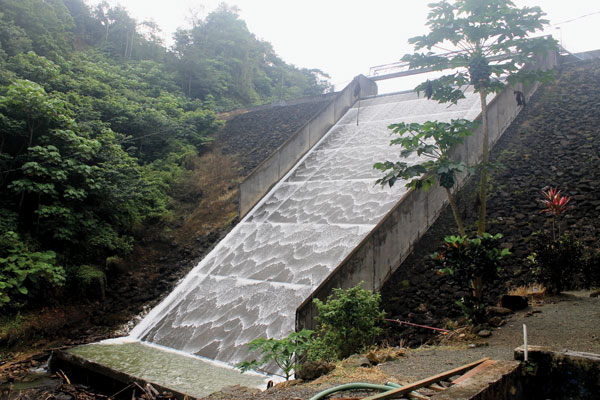 “Nothing is we business until it reach crisis.” – Ronald “Boo” Hinkson

AS we begin a New Year, may I take this opportunity to wish the citizenry God’s richest blessings. I trust that as St Lucia begins a new dispensation, there will be respect for our Constitution, our patrimony, our heritage, our conventions and the rule of law. And that our country will be developed equitably so that we all may have a share of the development pie.

WASCO, in its application for a tariff increase stated, inter alia, that it was selling water at a rate which was less than what it cost to produce. The company also indicated that it needed to dredge the dam which was filled with silt, reducing its capacity to hold water about 2⁄3. The fund was first established for a two-year period based on the estimated cost of $6,000,000. You may recall that around that time a heavy drought was forecasted. Thank God, we have been having rain instead, but which means the percentage of silt to capacity may have increased.

In 2015, it was determined that the $6,000,000 was woefully below a revised cost of $27.451 million. As a consequence, WASCO requested that NWSC approve an extension of the two-year period, which, as far as I can recall, was under consideration by the latter.

The public was duly informed of WASCO’s request and NWSC’s agreement to keep the fee in effect, pending a final decision. Public information leaflet issued by the NWSC in late 2015 indicated that approximately $11 million were available in the dredging fund.

At the same time, WASCO was informed by the CDB of its approval of a loan under the guarantee of the Government to finance the desilting and rehabilitating of the dam.

I am constrained to write on this matter since it is over two years approval of the loan was granted and as far as I am aware not one grain of silt has been removed from the dam. We, the consumers, are left in the dark whilst monies are being collected from us on a monthly basis.

It boggles the mind that we continue to hear of proposals to increase our hotel room stock by 2,000 and wonder how these extra rooms will be serviced with water.

I would like to know, and I assume that the citizenry, too:
(a) How much money is available in the dredging fund at the end of 2017?
(b) What is the status of the loan which was approved by the CDB
(c) When are the silting and rehabilitation works due to commence?
(d) Whether all the money collected from us as the dredging fee is kept in a separate account by WASCO and will be available to service the CDB loan?
(e) Has a decision been taken by the National Utilities Regulatory Commission (NURC) on WASCO’s request for an extension of the period and, if so, what date at which the payment of the fee will end? (Please note that NURC replaced NWSC).
(f) What is the status of the de-silting project and whether the CDB is still involved in the project?
(g) What is the current situation re silt content?
(h) Who has oversight of the funds collected?

NB Question (d) is premised on what transpired at some stage when the fees were not placed in a separate account as required.