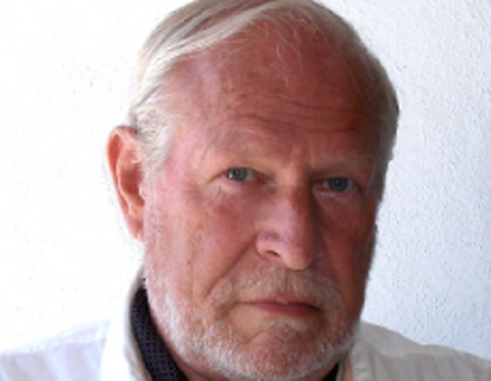 MAYBE I should have suggested a headline, “The quest for the Caribbean heart and soul and purifying its society”. But there are more and different perspectives to it. It should be a top resolution for the New Year. Tourists and especially the new generation of so-called Millennials will become the core customer group from the Caribbean source markets for travel and leisure. They are known to be looking for authenticity when they visit destinations. They wish to find, understand and experience original culture or at least significant remnants of it. Culture may be one of the highest of values of a territory.

Yet, there are those who suggest promoting a “One Caribbean”, as if they are a player with 20 tennis balls. There are no twelve balls to play with and to be hit in various directions; there are 20 gems to be valued. Then there are those who aim to import what they find in other foreign cultures and try to “Caribbeanize” it or, even worse, westernize the Caribbean. The Caribbean may be a melting pot of several cultures that had their influence in the past, yet the Caribbean has its own heart and soul that has evolved from geographical and historic circumstances.

Culture is what connects one to the people and their territory. It is a uniqueness that the people feel in their hearts. If it is not obvious on the surface, it should be explored and found. Very often it can still be found among elders. Unfortunately, these elders who may be wisdom-keepers are not visible, or get exposure, let alone be given a voice. Sometimes they themselves prefer silence, especially towards who they consider to be the ‘uninitiated’.

I have been part of interviews where one would first have to gain trust before hearing about the wisdom and sentiments that were deep in their hearts. Essentially, elders are libraries of knowledge, history and tradition. It deserves respect and is of importance to find out the cultural elements that need to be preserved for the younger generation but also for those visitors who have a serious and sincere interest in learning about a culture and its roots.

For some young people, it may be an encouragement to not leave their island to find a new challenge, be it studying or finding a professional opportunity elsewhere. Answers don’t always lie outside. One can combine the inner local understanding and use the outer behaviour like forms of external communication and processing activities.

There is an opportunity in developing the uniqueness of the Caribbean that can be felt with the heart. It is a pity to allow a culture to die from within; let it life or give it new life from within. Don’t let the self-identity of the individual Caribbean territories erode away. There could be an opportunity to empower a young generation of professionals and entrepreneurs. The Caribbean ways are part of a diverse world that need respect. It is what tourists and other visitors hope and expect to find.

Focus back on the originals and origins! Love what you have! Some don’t even know or understand what they have in their culture. It’s not about more money, not about the new concrete structures, not about a new hip-hop or new fashion. The Caribbean shall not be a new Disneyland. Local birds still sing the same song of a hundred years, they are divine and cannot be modernized. There are regional teachings that might be considered sacred. They are things that one should give thanks for in one’s heart and they are actually admired by guests and visitors. Without commercializing them, they can be used for new sources of revenue to support a sustainable economy while also having a positive socio-economic impact. Do the words “tourism product development” ring a bell?

The authenticity of culture is what is found in the heart of the people. It is not found in brochures. One has to travel and come over, show a sincere interest and then one can experience the culture. Culture cannot be promoted as hocus-pocus. Culture is not a surrogate from elsewhere that is copied and finds parroting words in promotional texts. In fact, replication shows contempt or disrespect for other cultures. Don’t adopt, but rather cultivate your own! The own culture should be a love romance that can be offered and shared with guests.

How do I come to write these things? In my younger years, I was PR consultant for a tribal community of Ojibwa Indians in Northern Wisconsin in a time when they regained their hunting and fishing rights in the ceded territories. A difficult time when protesters carried banners with the text: “Save a deer, kill an Indian”. I ghost-wrote the following text for the Chief: “May our Creator give us, our friends, and those who oppose our feelings, the strength to live in peaceful coexistence.”

In a meeting with Indians in the Amazon region of Ecuador, while I was involved in the production of a TV documentary, I was asked by the natives if I had a less difficult name to call me. I suggested “Torro Blanco” which was well accepted. Inter-cultural communication and relations were always a pleasure for me to deal with.

If I was asked to express my sentiments of appreciation for Caribbeans of all kind and in all territories, no matter what their origin is, I would do so as follows: “May the sun shine warmly on you and may your creator hold and protect you in the palm of his hand”. Let the top resolution for this New Year be finding and minding the Caribbean culture.