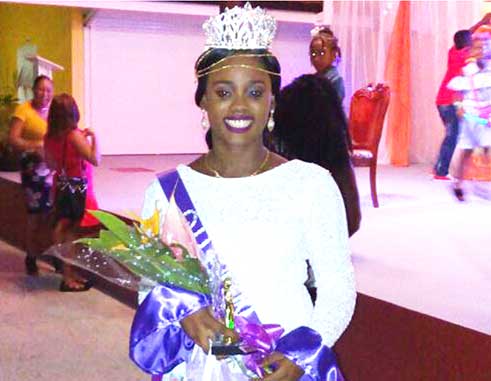 The pageant was geared towards raising funds for the Foundation to assist vulnerable, marginalized and unfortunate women in society.

The young women competed in five categories, namely Introduction, Creative Wear, Talent, Evening Wear and Promotional Speech. The judges had their work cut out because this was beauty at its best. Each contestant depicted Queen Esther in a unique way, modern-day Esther or biblical Esther.

The final results were as follows: Best Introduction was won by Kitana Albert. Fernanda Edwin captured both the Talent and Creative Wear. Sheba Alphonse won the Promotional Speech and Princer Velinor captured the Best Evening Wear.

The Foundation seeks financial support from the public to continue its programme for 2018 and beyond. You can contact the president at email address simonestfort@gmail.com or cellphone number 286-0508, or the secretary, Marva Robinson, at cellphone number 722-8643.