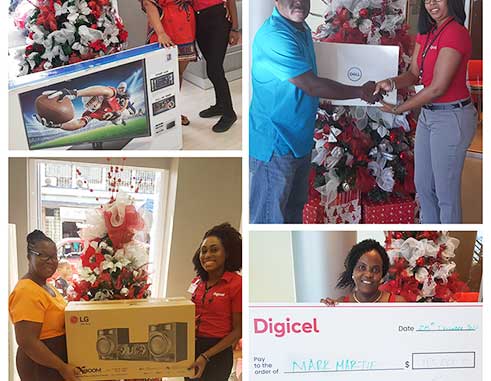 Martie, a painter, was a picture of colourful delight after hearing the news on local media.

A longstanding Digicel customer, Martie joins other weekly winners who have taken home the most sought-after gifts during Christmas. They are Shonar Emmanuel, who won a 40-inch Samsung Smart TV; Justin St. Marie, a postpaid customer who walked away with a Dell laptop; and Jennifer Jeffery, who won herself an LG mini home entertainment system. 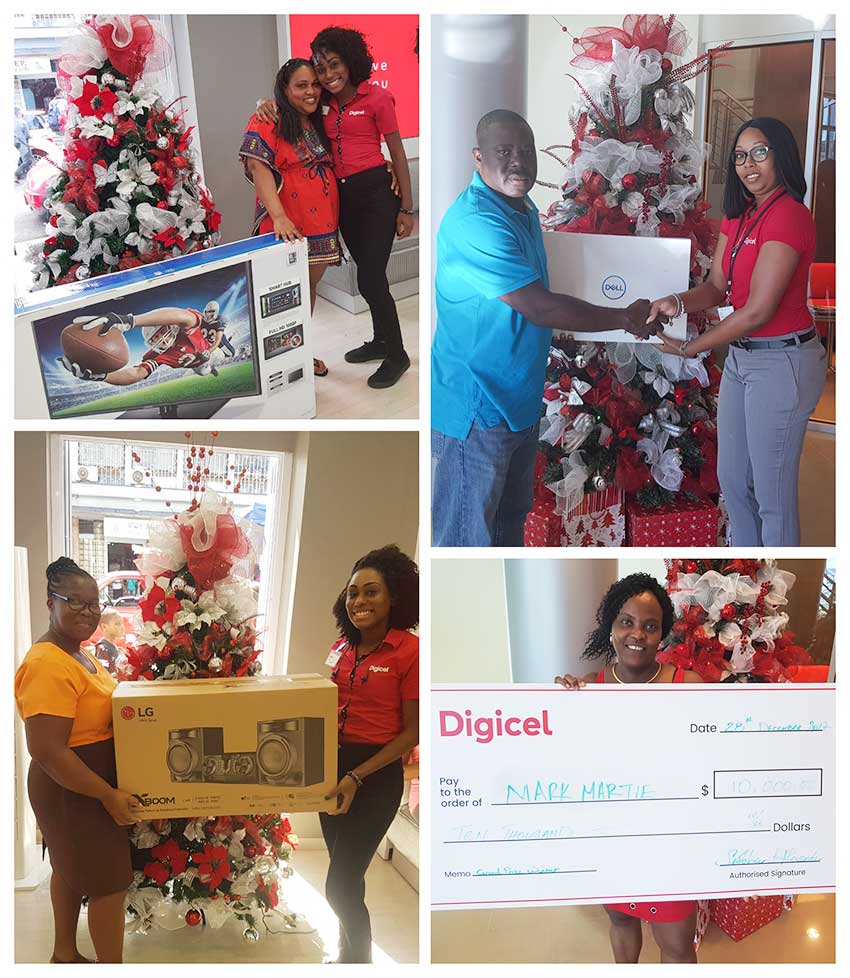 Excited about his cash win, Martie said, “Wow, I am so happy. It was such a surprise winning this for the season and I appreciate it so much!”

When asked about his plans for the money, Martie replied, “I do not want to spend it carelessly. I plan to save and invest wisely.”

Marketing Manager for Digicel St. Lucia, Sue Marshall, in congratulating all the winners, said, “As we reflect on a wonderful Christmas past, we are happy to have brought lots of smiles to customers and their families as they start 2018 on a winning note. Our Christmas promotion is another example of our 2030 commitments to deliver amazing experiences to our customers.”

With its Christmas promotion now at a close, Digicel customers can now text the word ‘RUN’ to 8181 in its new ‘Text to Win’ promotion for a chance to win US$1000 cash. Each text costs only $1 to enter. Marshall is encouraging everyone to get in early on this new way to win with Digicel.

Between December 1 and December 22, all Digicel customers were given the opportunity to qualify for daily gifts in stores, weekly prizes and the grand prize in its Gift of Christmas promotion. To get the gift of entertainment, customers simply had to top up $10 or more, pay their postpaid bill in full and on time, purchase any discounted smartphone or activate a Quick Pick bundle.