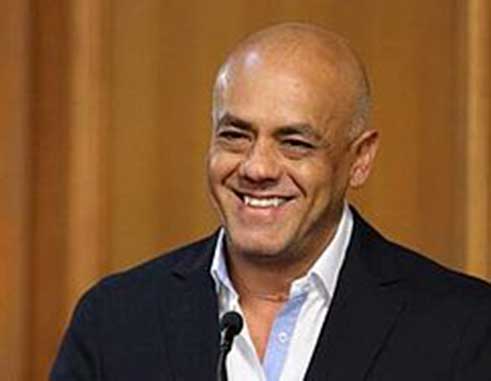 PRESS RELEASE – THE head of the delegation of the Bolivarian Government for political dialogue, Jorge Rodriguez, described as positive the dialogue table set up recently with the Venezuelan opposition in the Dominican Republic, where important agreements were reached.

“All the agenda items were deeply discussed and we went to the carpentry stage for the final agreement”, which will be signed on December 15, when again both sectors will hold a meeting in Santo Domingo.

“The first big news is that we sat down and discussed topics of the highest interest for the Venezuelan Homeland”, he said.

Rodríguez reiterated that the President of the Bolivarian Republic of Venezuela, Nicolás Maduro, has made more than 30 public calls to dialogue with the opposition, in order to contribute to peace and healthy coexistence among the country’s political actors: “30 times President Nicolas Maduro has publicly called for dialogue,” he highlighted.

He supported the collaboration provided by the opposition delegation, which allowed a climate of collaboration and mutual respect between both parties.

He thanked the President of the Dominican Republic, Danilo Medina, for his efforts “to carry forward this process of dialogue for peace and for coexistence in Venezuela,” as well as the foreign ministers of brotherly countries proposed by both delegations to accompany the dialogue process.

“We have felt in these 2 days that the 5 foreign ministers have been friends of peace in Venezuela, they have accompanied in a respectful manner, have made contributions when necessary and have always been contributions for the sake of an agreement,” he said.

“The first big news is that when we sat down is that we arduously discussed topics that are of high interest for the Venezuelan homeland. We carry our truth and we carry it grounded in the language of God. ”

He insisted on optimism for the willingness of everyone involved in the meeting: “We’re leaving very satisfied,” he said.

Denouncement of the economic sabotage against Venezuela

Jorge Rodriguez revealed that during the meeting, the delegation of the Bolivarian Government presented convincing evidence of the onslaught in economic matters against Venezuela, specifically in the acquisition of foods and medicines, essential items for the good living of the people.

“We even showed evidence to the Venezuelan opposition and to the accompanying foreign ministers that sound resources (dollars) that the Republic has arranged to pay for food, through a financial institution…Well, those dollars have been retained, that is, unduly appropriated by those institutions,” he denounced.

He stressed the importance of spreading the truth of Venezuela, without any false opinion matrices, which only seek to displease the people and induce violence between brothers.

He stressed that Venezuela is one of the least unequal countries in the world, highlighting the success of the Bolivarian process for more than 18 years.

He said that the Bolivarian Government is available to receive concrete proposals from any sector of the country that intends to help resolve the economic situation.

“We do not have any problems with the contributions that come from where they come from, but they are real, honest contributions. We say that the real help should come from the attacks on the Venezuelan economy, in letting itself be railed by Venezuela in instances and in international forums, which stop requesting economic and financial actions against the Venezuelan Homeland.”

He pointed out that other important points where the Bolivarian Government took firm proposals in electoral matters, the National Constituent Assembly, the balance of public powers, as well as the recognition between the Constituent Power and the constituted powers.

“The discussion was arduous, it was hard and it took place in a climate of respect that is the climate we want for the political discussion between Venezuelans. Enough of hate and violence. There were six points of the agenda that had been previously agreed,” he said, while stressing that, “We are close to a definitive political, economic, social and cultural agreement.”