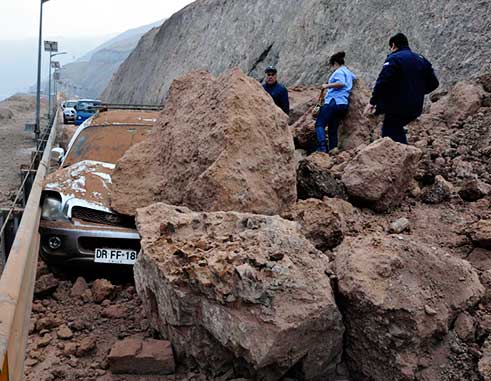 PRESS RELEASE – PRIME Minister Allen Chastanet has expressed deepest sympathies to the Government and people of Chile following a landslide on Saturday in southern Chile which, according to reports, has killed at least five people and destroyed dozens of houses.

“On behalf of the Government and people of Saint Lucia, I express profound sympathy to Chile. We have a deep bond with the Government of Chile and it saddens us that this remote village has suffered the loss of several lives in this way. Our hearts go out to the bereaved families and we pray for the safety of those who are still missing,” Chastanet said.