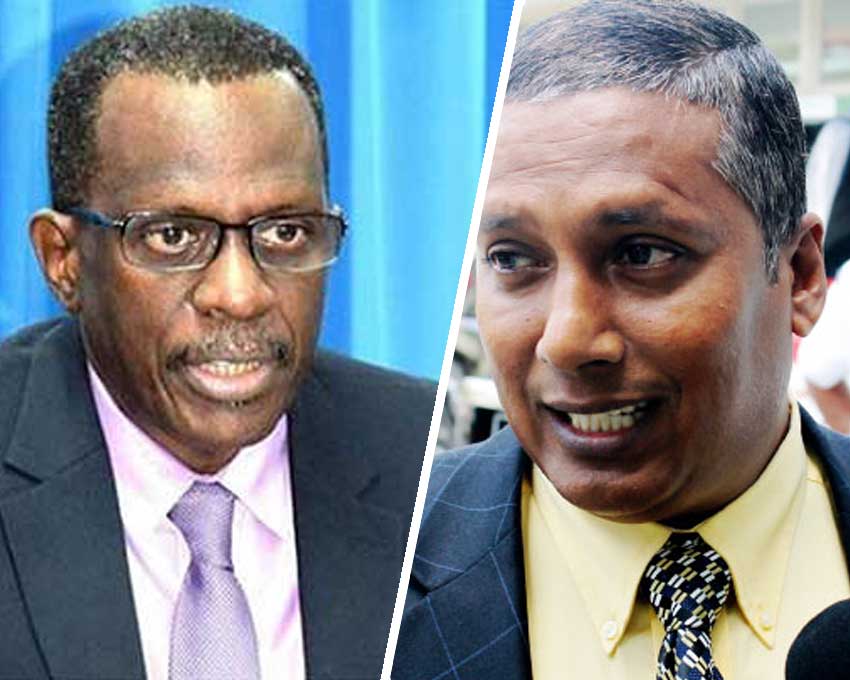 THE fallout from last month’s signing of 30 direct awards in one day by Economic Development Minister, Guy Joseph, who at the time was acting as Prime Minister, is not going away, despite an explanation by Infrastructure Minister, Stephenson King.

The St. Lucia Labour Party (SLP) has weighed in on the issue and admitted that while it is not questioning the legality of a direct award, the party has issue with the person who signed the 30 direct awards.

“It is clear that the people of St. Lucia have no trust in the government. The matter of the direct awards in question is about trust. People are doubting. Why 30 direct awards in one day and, most importantly, it’s the person who signed these direct awards,” the party’s leader, Philip J. Pierre, said.

He added; “The problem is trust. People did not trust the person who signed (them) and that is the issue,” Pierre kept on reiterating, adding that “the people do not have the confidence when this gentleman (Joseph) says anything or signs anything it is true and transparent.”

Pierre said Joseph was the same person who led police to private residences and business-places searching for goods belonging to the St. Jude Hospital reconstruction, despite knowing that the goods were located exactly where he led the police.

According to Pierre, a country works on legality, trust and values and the people must have confidence and trust in their leaders. However, in the case of Joseph, he said the people do not trust him (Joseph), which creates some doubt about the direct awards he signed.

Joseph has yet to speak out publicly on the matter but is known to have said he did nothing wrong in signing the direct awards, a point that Pierre himself failed to speak on when asked whether there was any illegality to what Joseph did.

King faced reporters on the matter after the signed documents were leaked and instantly made it clear that opposition to Joseph’s signature on the awards was simply mischievous.

What Joseph did, according to King, was a regular transaction in accordance with the Finance Act which grants the Minister for Finance the latitude, in cases where necessary, to issue direct awards based on experience or on proposals submitted to government.

King said that Joseph, finding himself in the position of Prime Minister, had to sign the awards. He posited that the delay by 40 days earlier this year of the 2017/2018 Budget prevented his Ministry from submitting its proposals for approval in the first and second quarters of this year.

“However, once the Budget was approved and the submission was made to the Ministry of Finance, we had to, in an endeavour to achieve our third quarter target, issue a number of direct awards,” King said.