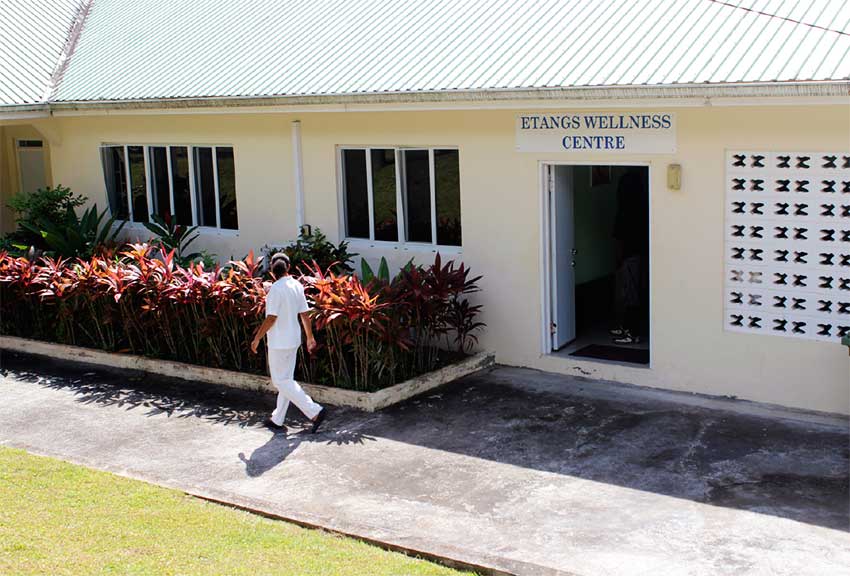 PRESS RELEASE – THE Soufriere Hospital was yet again the scene of another fire within one month — the previous one occurred on November 14.

The swift action of staff, residents of Soufriere and fire officials quickly arrested the first fire which caused little damage to the facility. This time, however, a major fire raged to the back of the facility last Saturday at around 7:00 p.m., causing extensive structural damage and the loss of vital pieces of equipment and supplies.

Chief Medical Officer (CMO), Dr.Merlene Fredericks, and other senior health officials arrived on the scene to assess the extent of the damage and to put in place an emergency plan of action for the continuation of health services to the people of Soufriere and environs.

Investigations have begun into the cause of the fire and though the Primary Healthcare Section of the hospital was not damaged, all salvageable items within the facility will immediately be removed and relocated until both the investigation and an assessment of the damage has been completed.

The CMO also reported that the Pan American Health Organization (PAHO) has been alerted about the fire as replacement supplies and equipment may need to be procured.

The Minister for Health and Wellness, Sen. Mary Isaac, extended her sympathies to the people of Soufriere for the loss of use of this major facility which has provided them with health services for many years. She assured, however, that her health team is moving swiftly to relocate all services which were offered at the Soufriere Hospital.

“Our medical team is doing their best to ensure that services offered at the Soufriere Hospital continue uninterrupted at different facilities. Counselling services will be made available to anyone who may be traumatized as a result of these events. I wish to thank Fr. Albert for allowing us to use St. Isidore’s Hall as our outpost in the community for non-emergencies such as mental wellness, NCD treatment and so on.

“Our nurses, staff of the Ministry of Health, staff of St. Jude and Victoria Hospital, the Soufriere Fire Department and other fire personnel, the Commissioner of Police and other personnel, my Prime Minister and other ministers who were able to make it to the scene in record time and everyone else whose spirit is with us as we go through this tragedy, I say thank you. I ask that the people of Soufriere and all of St. Lucia bear with us as we continue to ensure that we maintain peace and tranquility on our beautiful island,” Isaac said.

The PNO added that due to this recent fire, the Soufriere Hospital has been decommissioned and the current arrangements put in place are temporary until a more long lasting solution is arrived at.