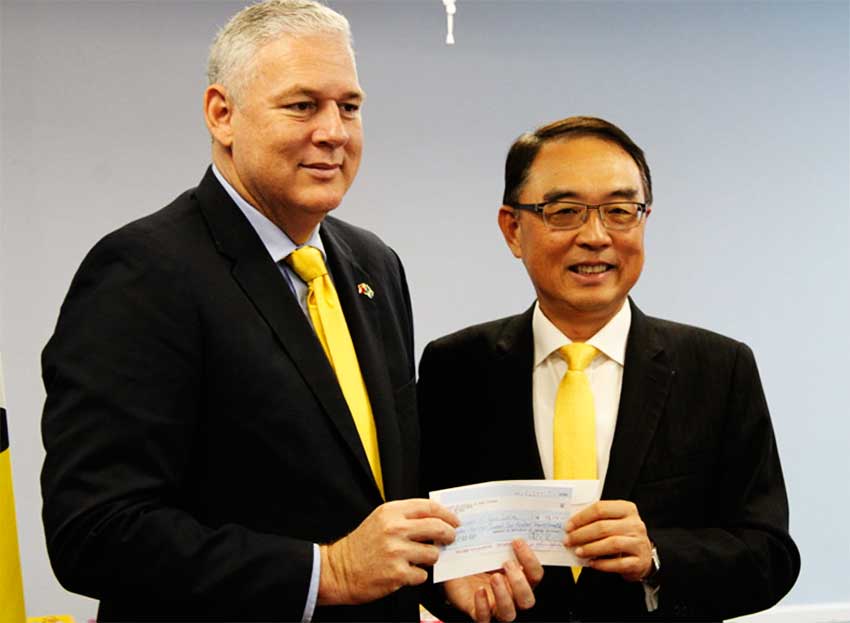 EARLIER this month, Prime Minister Allen Chastanet accepted a cheque for EC$180,000 from Taiwanese Ambassador to St. Lucia, Douglas Shen, to go towards the government’s Christmas Toy Drive Programme aimed at supplying under-privileged children with toys for the season.

Ambassador Shen also handed over to the government toys sourced by the Taiwanese/American non-governmental organization registered in New Jersey, called Care for Help.

The organization, this year, handed over more than 1,000 pieces of toys, which included stuffed teddy bears, dolls, cars and more.

Chastanet, in response, said that the toys will go to the families and children who are in need of them. He thanked the ambassador for the gesture on behalf of his government and the people of St. Lucia.