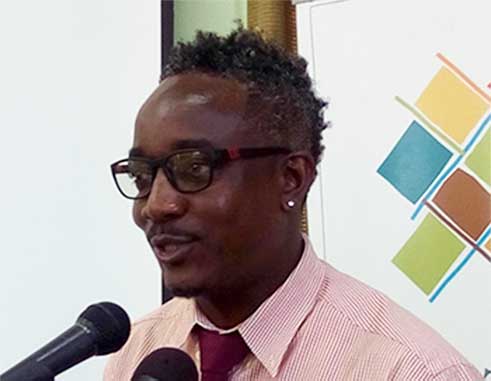 WHAT for decades has been called the Festival of Lights has now been branded under a new name –“December Festival”.

This means that the street parade of lanterns, Festival of Carols, the turning on of the lights at the Derek Walcott Square and other parts of Castries and the fireworks in the night skies shooting from the Pavee after the December 12 switching on of the lights will now fall under the new banner.

“This year, we took a critical look at the festival and decided that we needed to bring a little more marketing and promotion to it and we called in a private agency which assisted us in developing a brand concept for the event,” Harris said.

“It is still a celebration of light,” Harris added.

The lantern competition, a staple episode in the event, took place last Saturday at the National Cultural Centre.

Harris said this was an activity the CDF had been trying to get people to participate in — not just those taking part in the competition.

“We have tried different measures and we keep trying to see if we could get the general public to attend this activity. What we have seen over the years is that when we present those lanterns at the Festival of Lights ceremony, people don’t get that ‘wow effect’ that you normally get at the Cultural Centre,” he said.

The lanterns are being judged in three different categories, namely National, Traditional and Original, with juniors and seniors in each category. The junior category is 17 years and under while seniors are 18 years and older.

The prize structure for the junior category of the lantern competition is $500 for first place, $300 for second place and $200 third place.

Prize monies for the senior category are as follows: first place $800, second place $500 and third place $300.

The overall winner for the lantern competition will receive $1,500.

The theme for the December Festival is “Celebrating A Community Christmas – The Light That We Share”.

According to Harris, the theme is engendered around being able to keep the tradition of celebrating light and celebrating the birth of Jesus within a community spirit.

The mega-event under the new banner is the tree lighting ceremony, which is seen as heralding the Christmas season in St. Lucia. That event, which also includes the prize-giving ceremony for the lantern competition, promises to be quite a treat.

“We are adding some exciting elements to it. There are a number of components with the ceremony,” Harris said, urging St. Lucians to attend the event in their thousands as they usually do. The event takes place at 7:30 p.m. on Tuesday, December 12, in the Derek Walcott Square.