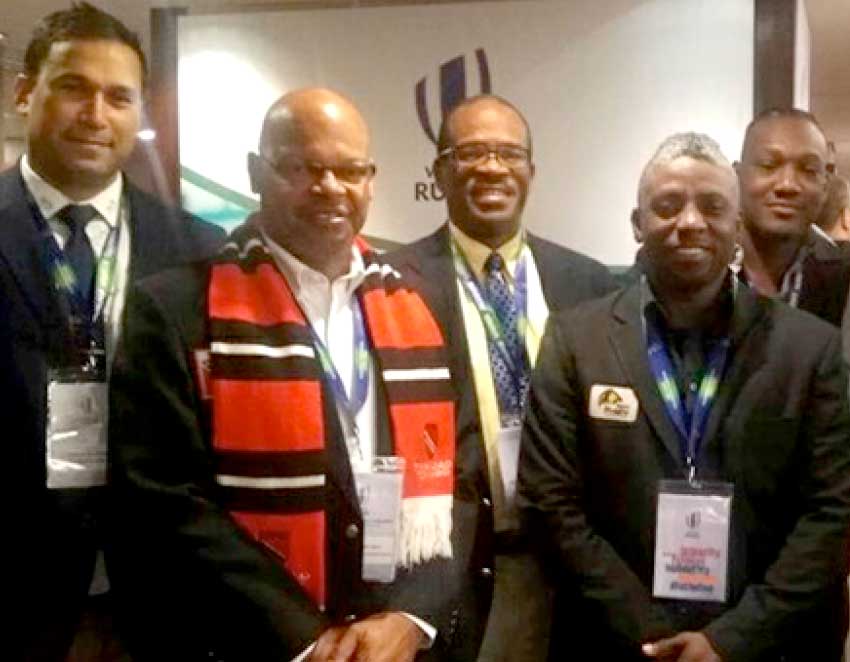 SAINT LUCIA was represented at the 13th World Rugby General Assembly held at Royal Garden Hotel in London, England on November 13 and 14. Roger Butcher, President of the Saint Lucia Rugby Football Union, attended the meeting along with other presidents of unions from around the world who are members of World Rugby.

The theme of the gathering reflects World Rugby’s strategic objectives to “Protect, Grow, Inspire” the rugby family and stakeholders worldwide.

Reflecting on an historic first 18 months in office, Chairman Bill Beaumont spoke of partnership and collaboration as the keys to success and reiterated his mission to deliver a stronger, sustainable game for all.

Beaumont said: “These are exciting, yet challenging times for rugby and sport in general. The competition for a share of participation, viewership and engagement has never been stronger.

“As World Rugby, we must continue to innovate, be receptive to our environment and in-tune with the needs of our unions to build a stronger, better game for all.

Beaumont added: “My mission continues to be to strengthen our unions, increase our global footprint and ensure that our values continue to be at the heart of our decision-making processes.

“Collectively, we need to always be looking to the future and work together to ensure that World Rugby strengthens its position as the voice of rugby for rugby, working in partnership with our regions and unions to ensure that we are not just a good federation, but a great federation that has integrity, inclusivity and player welfare at heart.”

The auspicious assembly gives opportunity for all member unions to synchronize with the global objectives of the sport’s governing body. World Rugby’s presentations discussed global development of the sport, which included accelerating women’s participation in rugby on and off the field, and player welfare, which have always been part of World Rugby’s agenda.

The Assembly preceded the Rugby World Cup 2023 host selection announcement scheduled for yesterday. This was surely the topic of choice among attendees at the Assembly while socializing. Among the three bidders (Ireland, France and South Africa), South Africa received the nod from technical review group appointed by World Rugby. The recommendation will be presented to the Council (composed of member unions) who will then decide whether to accept or ignore the recommendation.

The Saint Lucia Rugby Football Union is included under the regional association, Rugby Americas North, that are entitled of 2 out of the 39 votes.