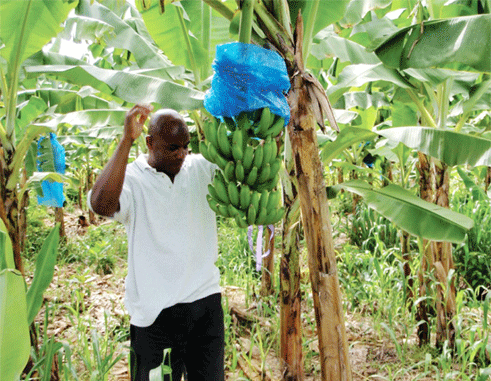 I congratulate the St. Lucia Ministry of Agriculture, Extension and Advisory Services Division of Agriculture, and Taiwan Technical Mission on the implementation of what is called a “Farmer Field School Programme” (FFSP), which was implemented in the Praslin/Micoud district.

It is commendable that 37 farmers participated in this programme over a three-month period. It is reported that farmers were exposed to agri-business, pest and disease management, and agronomic practices.

This programme reminded me of one which was initiated by the Windward Islands Banana Research and Development Centre (WINBAN) many years ago, which was called a “Growers Action Programme (GAP), whereby banana demonstration plots were established on farmers’ holdings based on WINBAN research findings in agronomic practices as well as pest and disease control (particularly nematode control which was little known as a problem in banana cultivation).

The demonstration plots were established under the guidance of WINBAN Extension staff in the first instance but became the domain of the grower who invited banana growers from his area to demonstrate the successful implementation of WINBAN research findings on his farm, in his own linguistic expressions and in a format which was easily understood by the grower community in his area rather than the use of technical expressions of WINBAN scientists.

In this manner, the farmer became the extension portal using appropriate terminology easily understood by his farmer colleagues while WINBAN staff was present purely to support the transmission of information where necessary. Farmers who attended the farmer demonstrations were encouraged to invite fellow farmers in their area to observe their farming practices based upon WINBAN recommendations but under their leadership as progressive farmers extending knowledge in their own way and demonstrating success in the implementation of WINBAN recommendations.

These demonstrations also included a cropping system approach to banana farming, whereby short-term crops were planted between banana rows before the rows were covered by the banana canopy. These short-term crops included peanuts, corn, peas, dasheen and other crops for food consumption before the bananas were ready for harvesting.

It is my view that the FFSP could be made to expand into a GAP where the initial participants could become the nucleus of a network of productive farmers from different communities into a mushrooming of agricultural productivity for local, regional, and international markets.

In my assignment in Rarotonga in the South Pacific, financed by the Commonwealth Fund for Technical Cooperation through the South Pacific Commission for Technical Cooperation which attended by extension officers from the islands, I introduced the concept of the Grower Action Programme to banana extension officers of the region.

It is worthy of note that the WINBAN agronomist in charge of the WINBAN GAP programme was Ben Laville of Dominica. I am of the view that Dominica, which was recently ravaged by Hurricane Maria, could benefit from a FFSP and GAP initiative.

The basic principle is the mobilization of farmers from a community as agents of change through a lead farmer demonstrating the practical application of technology to his/her peers from his/her farming community. I found that this had a greater impact than trying to explain technical matters in technical terms which were sometimes not easily understood by farmers.

I go further to say that the principle of the GAP is applicable in our global agricultural development, particularly in developing countries.