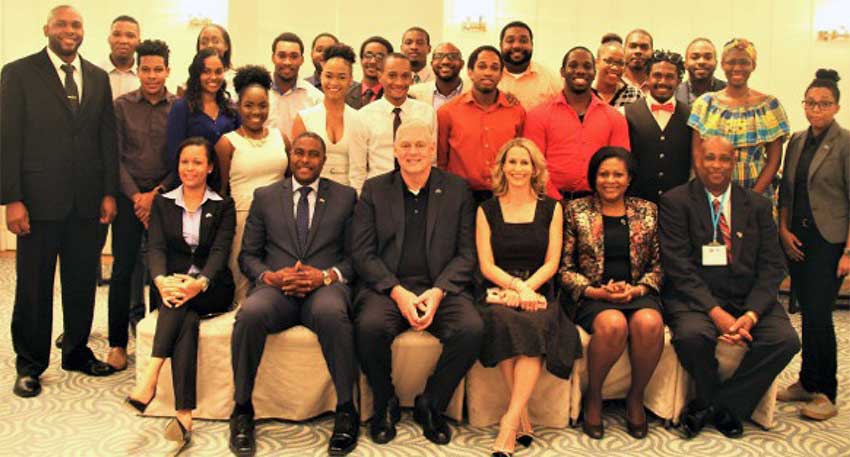 PRESS RELEASE – PRIME Minister Allen Chastanet met with Saint Lucian students studying in Taiwan during his visit to Taipei from November 8 to10.

During a special mixer at the Grand Hyatt Hotel, the students got the opportunity to express their concerns to the Prime Minister, as well as ask questions, while the Prime Minister apprised them of Government’s plans and their role in national development.

Several Saint Lucians are currently in Taiwan on scholarships in various fields, including business, education, agriculture and medicine.

The Prime Minister and his wife, Raquel Du Boulay-Chastanet, accompanied by Minister with Responsibility for External Affairs, Sarah Flood-Beaubrun; Minister in the Ministry of Finance, Dr.Ubaldus Raymond; and Ministry of Finance Chief Economist, Jemma Lafeuille; were all part of the official delegation which met with the students along with Ambassador H.E. Hubert Emmanuel.