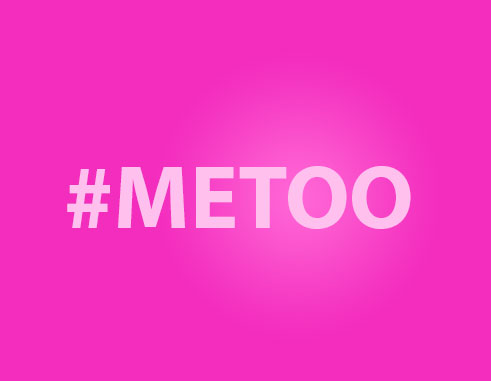 HOLLYWOOD is quaking in their boots right now but, most importantly, as a result, so is the Western world and I’m loving every second of it.

It is a crying shame that what I am about to write I am confident enough that every woman reading this will be able to relate because of the prevalence of this issue. I am, of course, talking about sexual harassment.

Now I know I’m not the only woman breathing who is saying “FINALLY!!!” over these revelations.

I mean, we have the likes of Hollywood big wigs like Harvey Weinstein, Kevin Spacey, Dustin Hoffman, and director Brett Ratner, who have a seemingly never-ending list of women and men making claims against them ranging from sexual comments and unwanted sexual advances to full-blown rape.

There are also numerous politicians who have been named, including former UK Defence Secretary Michael Fallon, who allegedly inappropriately touched the knee of English journalist Julia Hartley-Brewer in 2002.

This is just scratching the tip of the iceberg on this serious matter, but to the relief of many, this is a start.

Just in case you were wondering why I’m speaking on this international matter, let’s just take a second to let it hit you as you imagine the impact this kind of revelation will have if (and, hopefully, when) this hits St. Lucia.

Do you think Bordelais would have the space to hold the men and women who would be charged with serious offences if our judicial system was not a crock of hot steaming dung and justice was actually served here in a fair and timely manner?

Or do you think there would be enough defence lawyers in St. Lucia to plead the cases of the thousands who would be accused?

This issue right here is not a can of worms, it’s in fact a viciously/purposely/strategically sealed pit of vipers on the brink of exploding, and when it does, there will be blood.

Right here in St. Lucia, women subjected to the daily onslaught of unwanted advances from men on the street that are so disgusting that they leave you yearning for a steaming hot shower. But it doesn’t end there, either.

These advances will at times literally leave you wanting to peel your skin off because some of these guys are so bold that they will come right up to you and hold your hand or touch your arm with their hands that have been God knows where doing God knows what (YUCK!), or they will come and try to whisper their nastiness in your ears with their hot sticky and stinky breath all up in your face and on your neck.

Now imagine this (well, most women really don’t have to imagine, as they live it everyday), after receiving this treatment on the streets, you go to your place of employment where it gets worse.

Imagine just trying to make an honest living and one or more co-workers, and sometimes even your supervisors or the big boss himself, decides that he wants you and will not think twice before coming onto you.

Now the difference is that on the streets, you can walk on without giving the thirsty men a second look, but when you’re in a work environment, this can leave you feeling cornered and vulnerable.

The one good thing here is that many times, these men at work mess around and make unwanted advances on the wrong woman, the kind of woman who will not hesitate to set them straight and, in some cases, report the behaviour, and in some extreme cases (I don’t know why they are extreme, when in fact, it should be a statutory measure) these men, following due process and investigation, end up being terminated from the jobs.

But, sadly, cases of women calling these men out and standing up for their rights are few and far between, and the vast majority of women end up uncomfortably laughing it off with hopes that the men making the advances will get the picture and just stop with the inappropriate behaviour.

This approach, in most cases, don’t work, because call it ego, call it stubbornness, call it ignorance or whatever you want to call it, men just never take the hint, and continue the harassment; but then again, I guess this is what happens when you are being controlled by the head with no brain.

While I mentioned the streets and the workplace, these are in no way the only places where this behaviour is prevalent. Women get it no matter where we go, be it the grocery store, the hospital, the gym, heck even the church – we just can’t seem to catch a break.

I do realise that I’ve been talking about women being on the receiving ends, but it would be remiss of me to not mention the fact that men go through this as well, and although it is not as prevalent as with women, it happens often enough, and they get those unwanted advances from both women as well as other men.

One thing that pains me is to say that this is the norm, because it shouldn’t be, but this rape culture (yes, I said rape culture, because that’s exactly what it is) has been so ingrained in our culture, not just in St. Lucia, but in the Caribbean, that the majority of people will not even see the problem in what I’m talking about.

I can already imagine the reaction of the men reading this and how offended they will feel now that I’ve labelled their “harmless cat calls” or “innocent compliments” as rape culture, but what they fail to realise is that while it’s harmless to them, it is offensive to us women.

We are not walking pieces of meat or sex toys, so leave us be. Do not touch us, stop with the sexual connotations, just go your way and leave us alone. And if the urge is too much, I’m sure there is a bathroom somewhere so that you could let that testosterone out during some “alone time”. Just please stop the harassment!

I know it will take a whole lot more than this week’s Sounding Off to get through to the perpetrators of this kind of behaviour. But before I leave, let me just break it down nicely and simply for you who don’t see the issue at hand…

Whatever you would not want a strange man to do to your mother, sister, daughter or girlfriend/wife, then don’t do it to women who have not given you the adequate invitation to do so, especially women you don’t even know.

After all, don’t you think it hypocritical to go around cat-calling random women, or making unwanted advances on women, yet you want to fly into a rage if someone does it to your lady or your daughter/mother/sister?