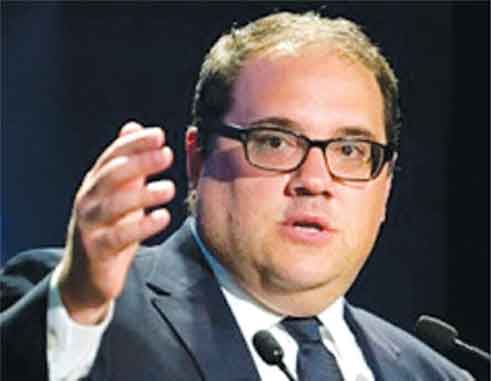 THE Confederation of North, Central America and Caribbean Association Football (CONCACAF) announced this week its Council’s approval of the CONCACAF League of Nations, a new national team competition platform designed to maximize the quality, quantity and frequency of competitive matches for all 41 CONCACAF member associations. The announcement comes following a year-long development and consultation process involving the Member Associations and key stakeholders.

The new CONCACAF League of Nations will be based on a league structure. All 41 CONCACAF Member Associations will be included, divided into three different leagues, based on their sporting level, with a champion to be crowned at the end of each edition. To seed Member Associations into their respective leagues, the League of Nations will begin with a preliminary series of matches played across four different dates beginning in September 2018.

The new tournament will bring meaningful home and away matches featuring competition for League titles and performance prizes, and will include promotion and relegation within the system of three leagues. The Confederation’s teams will also contend via the League of Nations structure for the right to play international championships such as the Gold Cup. Additionally, the League of Nations will inform a CONCACAF ranking system that will be used as the basis for future World Cup qualifying seeding.

“This is a watershed moment for CONCACAF. By focusing on football to provide all our teams with year-round, quality competition, the League of Nations platform means everyone wins,” said CONCACAF President Victor Montagliani. “This new tournament is highly beneficial to all our Member Associations and fans everywhere, since it provides significant opportunities to play important competitive matches with increased regularity throughout the year.”

CONCACAF has worked with its Member Associations over the past year to develop a competition for national teams, with the goal of improving the quality and standing of football within the CONCACAF region. The process for developing this new competition, anchored on the key principle of providing more meaningful games to all CONCACAF Member Associations’ national teams in order to increase competitiveness and leverage value intrinsic in the national team platform, entailed extensive consultation and discussions with all key CONCACAF stakeholders.

As a reflection of the ONE CONCACAF vision of President Montagliani, the CONCACAF nations that haven’t historically been top performers will benefit from a wider window of opportunity, not only for competitive matches but for gaining access to top level international competitions. That increased participation will spur regional development, and keep the dream of international football alive year-round for more nations.